CM Rupani had collapsed on the stage while addressing a political rally in Vadodara on
Sunday. 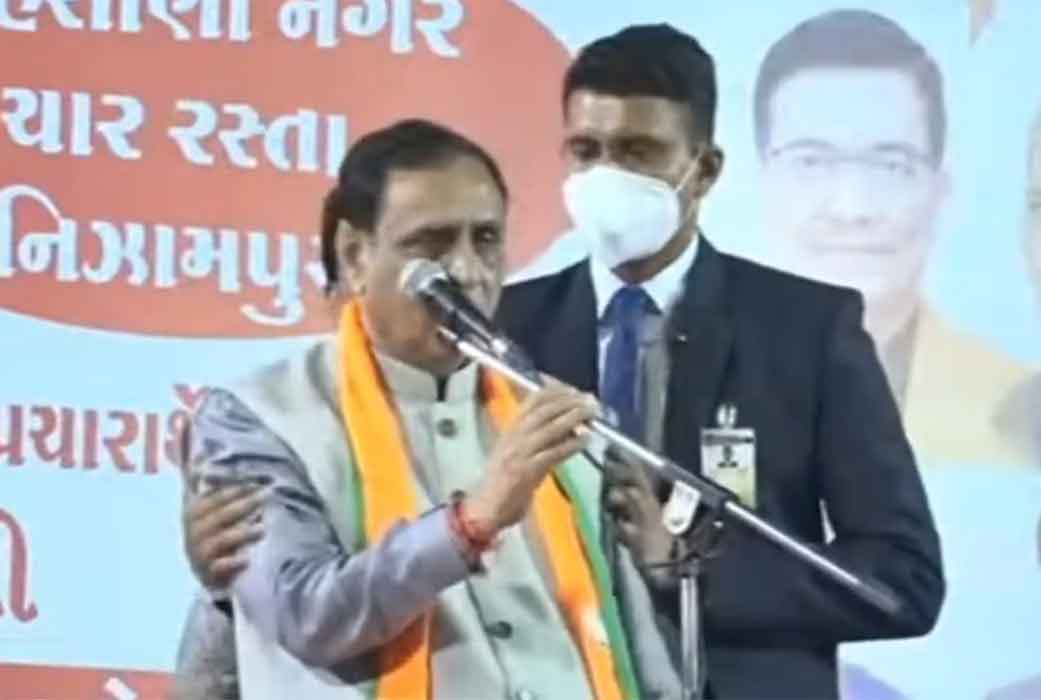 The Chief Minister of Gujarat Vijay Rupani collapsed on the stage while addressing a political rally in Vadodara on February 14.

Rupani was campaigning for BJP in the forthcoming civic polls in Vadodara’s Nizampura area. The video of his speech uploaded on his Twitter handle shows that he spoke for about 8 minutes and he started off well.

Towards the end of his speech, he looked feeble and fumbling when an officer deployed in his security rushed to hold him.

Within moments, he was seen almost collapsing on the stage in an unconscious state when his security personnel along with others who were there on the stage came forward to provide him support.

He gained consciousness after he was provided first aid treatment on the stage. Later, he was seen climbing down the stairs of the stage with support from his security personnel.

Bharatiya Janata Party (BJP) leader Bharat Danger also confirmed that Rupani's health condition had deteriorated and he had fallen unconscious on the stage. He also informed that Rupani was not well for the past few days, despite that he didn’t cancel his political rallies and insisted to attend all. It was his third rally of the day on Sunday.

Rupani was immediately admitted to the hospital where multiple tests were conducted. According to the hospital, his reports are normal and his condition is stable.

However, he will remain under observation for another 24 hours.

Prime Minister Narendra Modi spoke to CM Rupani and asked about his well-being. Reports say that the Prime Minister advised him to take good care of his health.