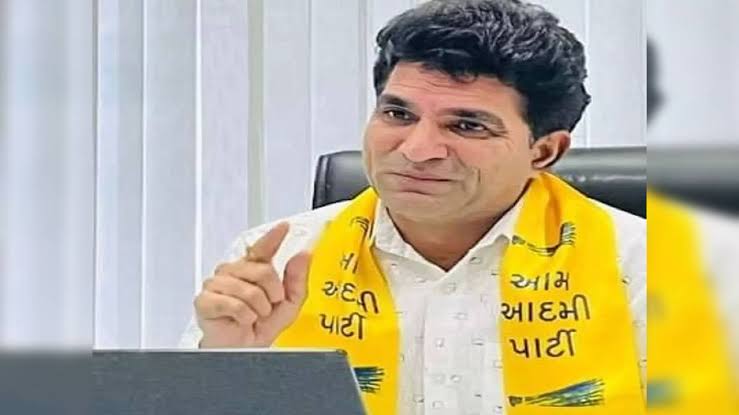 Aam Aadmi Party's national convener and Delhi Chief Minister Arvind Kejriwal has nominated Isudan Gadhvi as the chief ministerial candidate of AAP for the Gujarat Assembly elections. Isudan Gadhvi was born on January 10, 1982 in a simple family in Pipliya village of Jamnagar district. His father Kherajbhai is a farmer and the whole family is also involved in farming.

Aam Aadmi Party (AAP) national convener Arvind Kejriwal announced Isudan Gadhvi as the party's chief ministerial candidate for the Gujarat Assembly elections. While announcing the name of Isudan Gadhvi, Kejriwal said that out of more than 16 lakh people, 73 percent people have stamped on Isudan's name.Its state unit president Gopal Italia, national general secretary Isudan Gadhvi and general secretary Manoj Sorathia were in the race for the top post from AAP. The name of the candidate was decided on the basis of the opinion given to the party by the people of the state.

Last week, Kejriwal urged people to contact the party through SMS, WhatsApp, voice mail and e-mail to give their views on who should be the chief ministerial candidate from the party in the state. Which is currently governed by the Bharatiya Janata Party.

AAP's announced its ninth list of 10 candidates for the Gujarat elections, taking the number of candidates declared so far to 118. Elections to the 182-member Gujarat Assembly will be held next month in two phases on December 1 and December 5 while the counting of votes will take place on December 8.