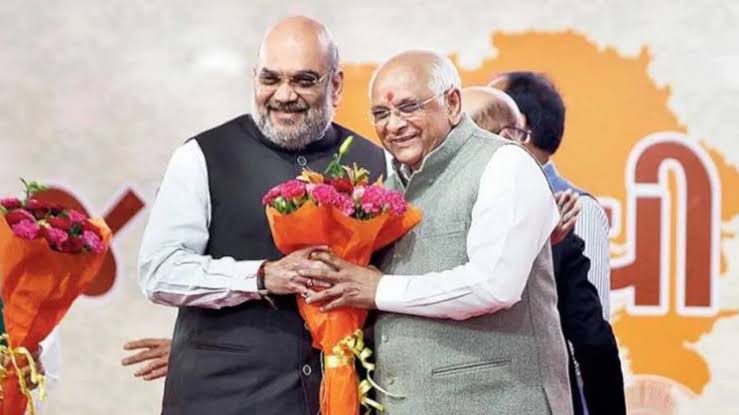 Gujarat Chief Minister Bhupendra Patel will file his nomination for the Gujarat Assembly elections on Wednesday. Union Home Minister Amit Shah will also be present with him during this period. Earlier on Tuesday, Union Home Minister Amit Shah expressed confidence that in the upcoming Gujarat assembly elections, the ruling BJP will once again form the government in the state by securing the maximum number of seats and votes, breaking all previous records. Shah accompanied Kanubhai Patel, BJP's candidate from the Sanand assembly seat, when he went to file his nomination papers with the election officials. Patel comes from the Koli community and is the sitting MLA from Sanand. Sanand comes under Shah's Gandhinagar Lok Sabha constituency. During this, Amit Shah had said, “The Gujarat BJP will break all previous records in this assembly election. We are all confident that the BJP will once again form the government here with a huge majority by winning the highest number of seats and getting the highest number of votes ever.

Amit Shah said, “Under the leadership of Prime Minister Narendra Modi, Gujarat Chief Minister Bhupendra Patel has done many development works in the state. Law and order has been strengthened and he (Chief Minister Patel) has also given a boost to the economy and made improvements in health, education and various other sectors. Amit Shah said Bhupendra Patel carried forward the model developed by Modi when he was the chief minister of Gujarat for the overall development of Dalits, Adivasis and Other Backward Classes (OBCs).