The Election Commission has expressed displeasure with Gujarat Chief Secretary Pankaj Kumar and Director General of Police Ashish Bhatia. The commission had sought information about the administrative reshuffle, which has not been made available to it yet. 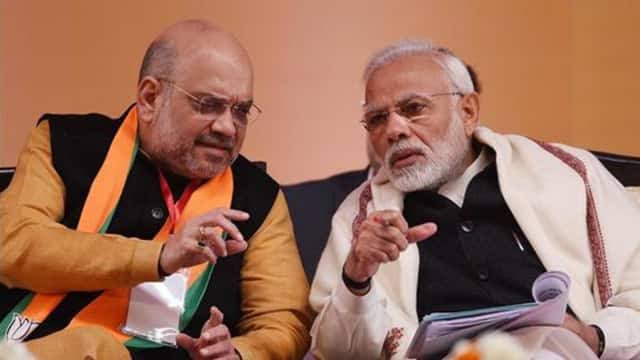 Union Home and Cooperation Minister Amit Shah is on a visit to Gujarat. He took information from the state leaders about the assembly election campaign and strategic preparations. Shah will be in Gujarat for a week on Diwali. Along with the preparations for the Gujarat assembly elections, Shah is also taking a look at the political issues of the state. On reaching Gujarat, Shah met the leaders of the state in Gandhinagar and discussed about the election preparations and political issues so far.

The state BJP has appointed in-charges on all 182 seats to ascertain the ground reality of the candidates for the assembly elections, who will come to the fore in the coming days to assess the prospects of ticket contenders and potential candidates. Along with this, the opinion of party workers and common people will also be taken regarding the candidates. The BJP is keeping a close eye on the Aam Aadmi Party (AAP)'s vigorous campaigning on the Internet media and the main opposition Congress's door-to-door public relations campaign in rural areas.

Amit Shah does not want to let the BJP lag behind in any way. Shah has directed the BJP to reach the people about the welfare schemes of the central and state governments and to connect the people of the community in every section with the programs of the party. BJP has given its full strength in this election. Apart from the frequent election tours of Prime Minister Narendra Modi, Amit Shah himself is handling the strategic responsibility of the party.