Apart from the Ministers of State for Finance, the Finance Ministers of the States and Union Territories and senior officials of the Central Government and the States are also involved in this meeting. In this meeting, a report of the tax authorities will also be considered and efforts will be made to clarify the GST rate applicable on certain goods and services. 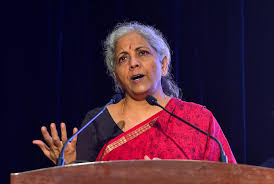 The important meeting of the GST Council, the policy-making body of the Goods and Services Tax (GST), has started on Saturday, in which there is a possibility of decriminalizing irregularities under the GST law. The agenda of the meeting also includes making arrangements to prevent tax evasion in Pan Masala and Gutkha businesses. Apart from this, discussions can also be held regarding GST on online gaming and casinos.

With regard to the decriminalization of malpractices under the GST law, the Law Committee of the GST Council has suggested increasing the monetary limit for initiation of prosecution. The Law Committee has also suggested that the fee payable by taxpayers for errors under GST be reduced to 25 per cent of the tax amount. At present it is up to 150 per cent.

With regard to the constitution of the Goods and Services Tax Appellate Tribunal, the GoM has suggested that it should have two judicial members, one technical member each from the Center and the states, as well as a retired judge of the Supreme Court as the chairman. With regard to taxing online gaming, casinos and horse racing, the GoM in its last meeting in November had agreed to levy GST at the rate of 28 per cent. However, the decision on this was postponed due to lack of consensus. In today's meeting it was to be decided what decision the government would take on Gutkha, but due to lack of time no decision has been taken on it today.