As it did during the coronavirus-induced lockdown last year, the government has agreed to provide free food grains to around 80 million people. 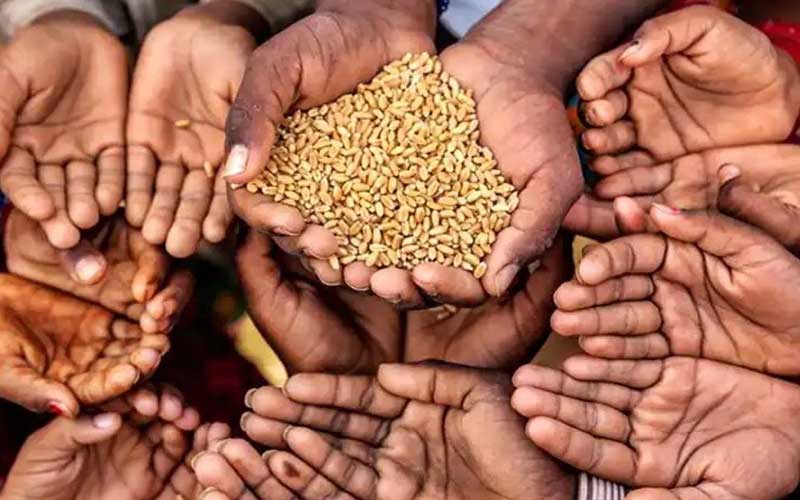 Officials said the government agreed on Friday to start providing free food grains to the poor in May and June to help them weather the second wave of the coronavirus pandemic's economic hardship. "Under the PMGKAY, we will provide 5-kg of additional food grains to PDS beneficiaries for free for two months in May and June.

We are not providing pulses under this scheme at this time "Sudhanshu Pandey, the Secretary of the Ministry of Food and Public Distribution, told a news agency.

To combat the economic effect of the COVID-19 pandemic on the poor, the Pradhan Mantri Garib Kalyan Ann Yojana (PMGKAY) was declared in 2020 for three months until July and then extended until November.

Beneficiaries enrolled under the National Food Security Act received an additional 5 kg wheat and rice, as well as 1 kg pulses, per month under the scheme (NFSA).

This year, however, only grains will be distributed.

80 crore people will receive free grains, which will be delivered in the same pattern as before.

According to him, the free grains would be in addition to the monthly entitlement under the National Food Security Act (NFSA).

To meet the demand for two months, around 80 lakh tonne of food grains will be needed.

According to him, the move, which is in line with Prime Minister Narendra Modi's commitment to the poor, would cost the government more than Rs 26,000 crore, including interstate transportation of food grains.

When the country is facing a second wave of the coronavirus pandemic, PM Modi stressed the importance of providing nutritional help to the vulnerable, they said.

The PMGKAY is being re-implemented in the face of a second wave of the pandemic, following requests from the governments of Rajasthan, Kerala, and Uttarakhand, as well as MPs such as NCP chief Sharad Pawar and TMC leader Saugata Roy.

Last year, over 200 lakh tonne of free food grains were distributed under the PMGKAY, resulting in a fiscal outlay of over Rs 75,000 crore and covering 80.96 crore NFSA beneficiaries.