The Minister laid the foundation for a Synthetic Track & Astroturf for football in Lehat Open Stadium. The estimated project cost is 10.68 crore and scheduled to be completed by January 2021. 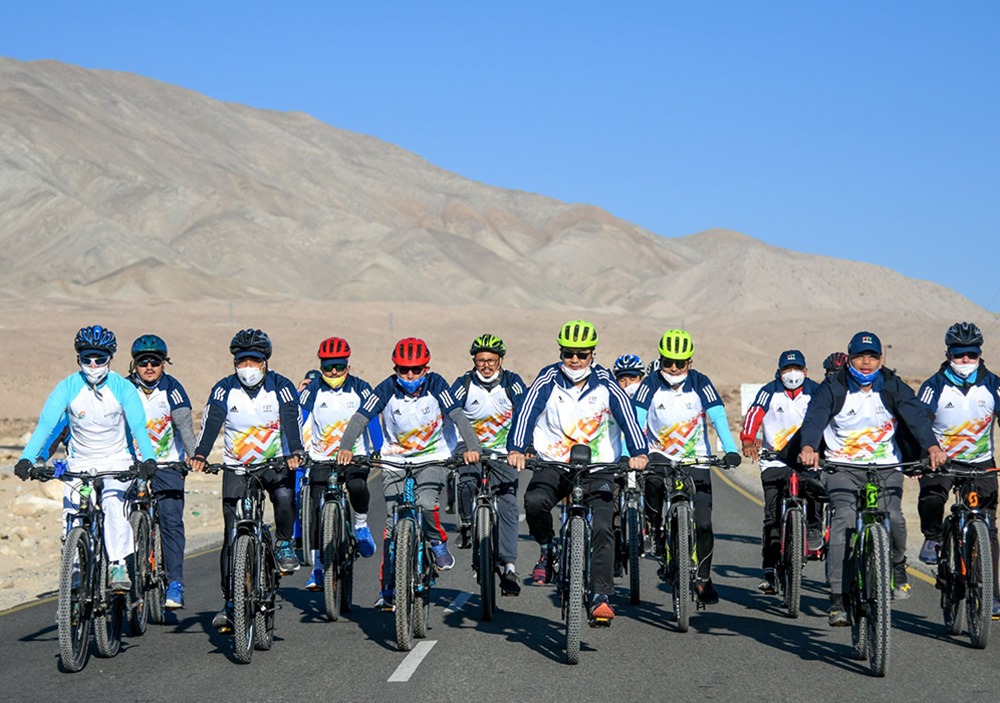 The Minister laid the foundation for a Synthetic Track & Astroturf for football in Lehat Open Stadium.

Rijiju said that his ministry is contemplating to put sporting culture into a policy framework.

He stated that Khelo India, University Games, and Winter Games at various places of the country are encouraging the students, youth, and people to participate in sporting activities.

The Sports Minister emphasized the importance of Sports and highlighted the efforts of the Government to establish the predominance of India in the world sports events.

He suggested the Ladakh UT administration to constitute awards and incentives like jobs for local sportspersons to encourage them to excel in the sporting field. He also asked the Ice Hockey Associations across the country to come together to get the recognition for the sport, by following the laid down procedures.

He reminded the federations that in principle his ministry has recognized Ice Hockey as a national sport.

As part of a month and a half long Fit India Freedom Run from August 15 to October 2, the Sports Minister Shri Kiren Rijiju personally participated in Cyclothon earlier in the day along with MP Shri Jamyang Namgyal and local cyclists.

The Minister also tweeted, "Today, we had an amazing Fit India Cyclothon in Ladakh joined by the local cycling association, people's representatives, and the administration."