Government to raise fertiliser subsidies by 140%

On Wednesday, a decision was made to raise the DAP fertiliser subsidy from ₹500 per bag to ₹1200 per bag, a 140% increase. 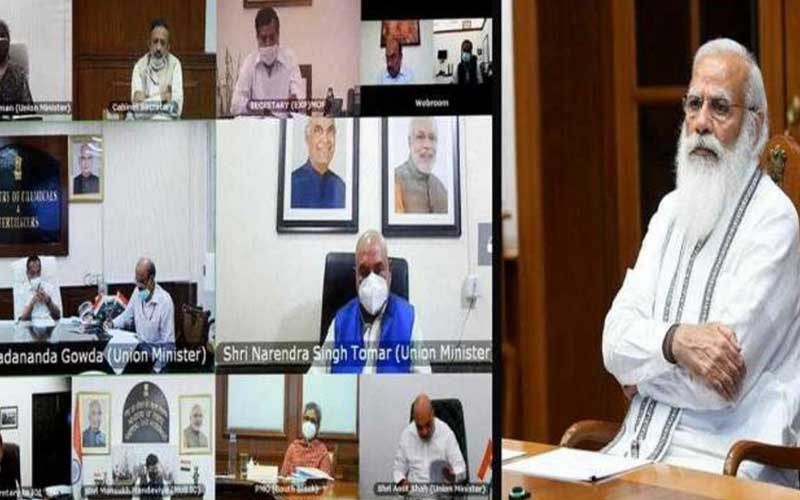 In a pro-farmer move, the Government of India has confirmed to raise fertiliser subsidies on Wednesday. Prime Minister Narendra Modi presided over a high-level meeting on fertiliser prices. On the topic of fertiliser prices, he was given a detailed presentation.

The price of fertilisers is increasing, according to the conference, due to rising phosphoric acid, ammonia, and other international prices. Despite foreign price increases, the PM emphasised that farmers should be able to obtain fertilisers at old prices.

The decision was made to raise the DAP fertiliser subsidy from ₹500 per bag to ₹1,200 per bag, a 140% increase. Consequently, despite the foreign market prices for DAP, it has been agreed to continue selling it at the previous price of ₹1,200, with the central government bearing the entire cost of the price increase.

The amount of subsidy per bag has never been increased so dramatically in such a short period of time. It's worth noting that the actual price of DAP last year was ₹1,700 per bag. The Central Government provided a subsidy of ₹500 per bag in this case. As a result, the fertiliser companies were selling it to farmers for ₹1,200 per bag.

Phosphoric acid, ammonia, and other ingredients used in DAP have recently increased by 60% to 70% on the foreign market. As a result, the actual price of a DAP bag is now ₹2,400, which Fertilizer companies could sell for ₹1,900 after a ₹500 subsidy. Farmers will continue to receive a DAP bag for ₹1,200 as a result of today's decision.

The Prime Minister said that the government is committed to the welfare of farmers and that it will make every effort to ensure that they do not bear the brunt of price increases. It's worth noting that the Central Government annually spends about ₹80,000 crores on chemical fertiliser subsidies.

The increase in DAP subsidy means that the Government of India will spend an additional ₹14,775 crores on subsidies during the Kharif season. This is the second major move in favour of farmers, following the direct transfer of ₹20,667 crores into Farmers' accounts under PM-KISAN on Akshay Tritiya.