According to the government, the Defence Acquisitions Council (DAC) has authorised a request for proposal (RFP) for the project to be operated in 'strategic partnership mode,' which will be the first such military hardware acquisition project under this format. 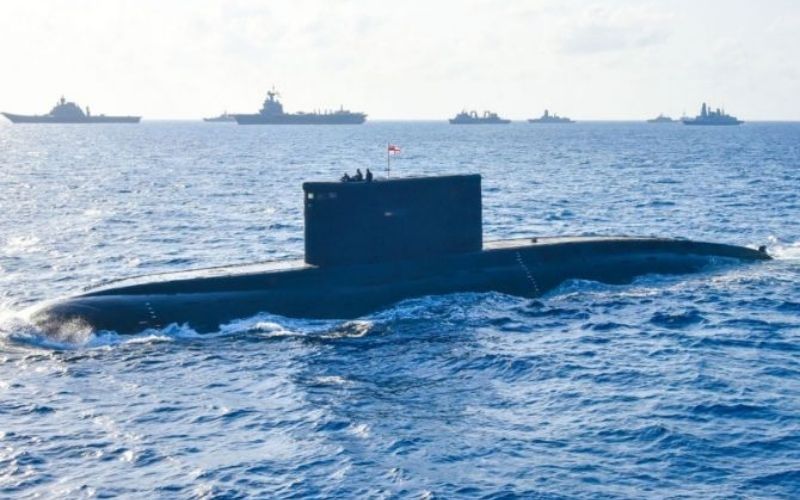 On Friday, India finally cleared the path for the long-delayed Rs 50,000 crore (nearly $7 billion) project to build six new-generation stealth submarines with international participation, as part of a long-term strategy to confront China's rising naval footprint in the Indian Ocean.

Led by Rajnath Singh, the Defence Acquisitions Council (DAC) has cleared the tender or RFP (request for proposal) to be given to defence shipyard Mazagon Docks (MDL) and private shipbuilder L&T for the massive Make in India' conventional submarine-building programme known as Project-75 India (P-75I). In exchange, the two will form a strategic collaboration with one of the five shortlisted foreign shipyards to present techno-commercial proposals for this "mother of all undersea warfare projects."

The first of six diesel-electric submarines, capable of carrying a total of 18 land-attack cruise missiles and heavyweight torpedoes as well as air-independent propulsion (AIP) for increased underwater endurance, will be delivered in about a decade.

“The process of selecting the winning proposal and awarding the contract will take well over a year. After that, the first submarine will be produced in seven years, with one manufactured every year after that. As a result, the financial outflow will be stretched out over 10-15 years,” an official explained. P-75I, by the way, was given 'approval of need' for the first time in November 2007.

Presently, the Indian Navy is coping with a rapidly diminishing undersea fighting arm at such a moment when Chinese warships and submarines are making frequent inroads into the Indian Ocean Region.

The DAC judgement also occurred at a time when India had dispatched INS Chakra, a nuclear-powered attack submarine (also known as an SSN), to Russia after its 10-year lease here had expired.

In March 2019, India signed a $3 billion leasing agreement with Russia to replace the INS Chakra with a more sophisticated SSN, though it would not be delivered until 2025.

This year will see the commissioning of the second SSBN, INS Arighat. Concurrently, another initiative to develop six SSNs is awaiting approval from the Cabinet Committee on Security.

On the standard ship front, the Navy has 12 antiquated diesel-electric submarines, with just half of them active at any given time and one more set to retire this year.

Three of the six French-origin Scorpene submarines being built at MDL under the approximately Rs 23,000 crore ‘Project-75' have also been inducted into the force. India should have at least 18 diesel-electric submarines, six SSNs, and four SSBNs, as per official blueprints.

Moreover, China has the world's largest Navy, with 350 warships, includes 50 conventional and 10 nuclear submarines, and aims to increase that number to 420 by the end of the decade.

Furthermore, Pakistan is also on track to get eight Yuan-class diesel-electric submarines with AIP, four Type-054A multi-role stealth frigates, and other naval systems and armaments from China as part of multi-billion dollar negotiations.