In March, a delegation of both the countries met in Turkey, in which a proposal for a ceasefire was made on the Ukrainian side. 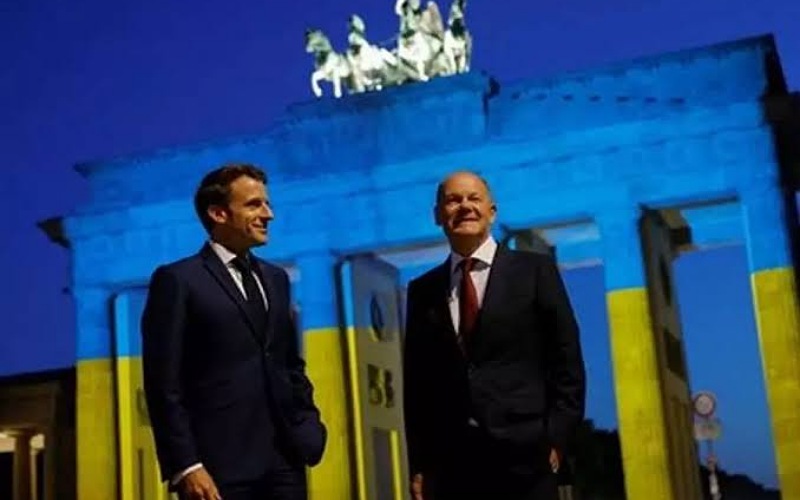 France and Germany have appealed to ceasefire in Ukraine immediately. Both countries have also offered to play the role of mediator in the peace talks between Kyiv and Moscow. French President Emmanuel Macron says that he is ready to play his important role to reduce the tension between the two countries and to establish peace. At the same time, German Chancellor Olaf Scholz has talked about taking steps to withdraw Russian troops from Ukraine.

It is very important for both the delegations to talk about the establishment of peace. Macron and Olaf said this in a joint press conference.

The solution to this war can be found only through dialogue. For this both Russia and Ukraine need to come to the negotiating table. He said that his aim is only to prevent war by establishing peace between the two countries. They can also help Ukraine in laying down terms and points for negotiations. In this press conference, Macron said that he would soon talk to Ukrainian President Volodymyr Zelensky on the issue of creating a new European community. He also talked to Olaf about this.