Gehlot-Tharoor in the race for the post of Congress President: Sonia Nods Permission For Tharoor

Shashi Tharoor vs Ashok Gehlot In Race For Congress President 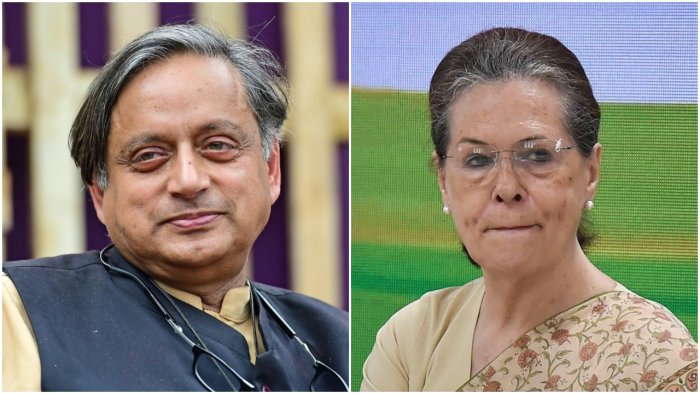 Two veterans Congress leaders have announced to contest the election for the post of national president of the party. On one side is the Chief Minister of Rajasthan Ashok Gehlot and on the other, party MP from Kerala Shashi Tharoor. According to sources, Gehlot can file his nomination anytime between September 26 and 28. At the same time, Tharoor has also made preparations to meet Sonia Gandhi on Monday.

Recently, young members of Congress had given an online petition for changes in the party. Congress MP from Thiruvananthapuram, Tharoor has supported this on Twitter. Sharing the petition of the activists, Tharoor wrote, I welcome this petition. So far more than 650 workers have signed it. I am happy to support this and take it forward.

In this online petition, young members of the party have demanded reforms. He said that every candidate for the post of President should take a pledge that if elected, he will fully implement the 'Udaipur Navsankalp'. After the Congress's Chintan Shivir in Udaipur, Rajasthan in May 2022, 'Udaipur Navsankalp' was released, in which many reforms were suggested in the organization of the party. Among these, the talk of the arrangement of 'one person, one post' and 'one family, one ticket' are prominent.