Ganeshotsav celebrations will not be held at Bengaluru's Idgah ground, SC directs to maintain status quo

The Supreme Court said that the order to maintain the status quo would be applicable to both the parties. Earlier, a three-judge bench started hearing on the issue of celebrating Ganeshotsav at Idgah ground. Arguing on behalf of the Waqf Board, Kapil Sibal said that we have this property for 200 years and no other community has ever performed any religious ceremony here. 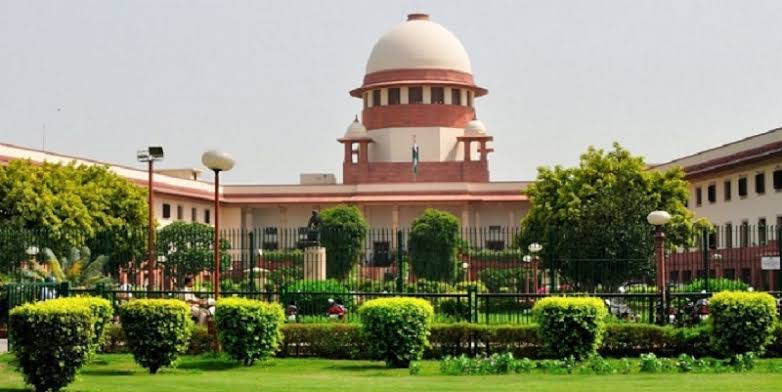 There will be no Ganeshotsav celebrations at Idgah ground in Bengaluru. The Supreme Court has directed to maintain the status quo in this matter. This decision of three judges came after a hearing of about two hours. Justice Indira Banerjee said during the hearing, "Give us some forgiveness from Lord Ganesha." The Supreme Court said that the order to maintain the status quo would be applicable to both the parties. Earlier, a three-judge bench started hearing on the issue of celebrating Ganeshotsav at Idgah ground. Arguing on behalf of the Waqf Board, Kapil Sibal said that we have this property for 200 years and no other community has ever performed any religious ceremony here. Sibal said, “The Supreme Court has given a verdict in our favor and no one has challenged it before and now in 2022 it is being said that it is disputed.

Kapil Sibal said, "In 2022, the corporation is intent on doing Ganeshotsav on this, calling it controversial. This property is owned by Waqf in the documents even in 1965. Sibal said that Ganesh Utsav was allowed on the basis of the commissioner's report, while there is also a Supreme Court decision regarding this ground. Kapil Sibal said, “In 1964, Justice Hidayatullah ordered in our favor and it is a Waqf property under the Waqf Act. In 1970 also injunction was given in our favor. It cannot be challenged after being a waqf. Now the Waqf land is in dispute. He has suddenly woken up in 2022."

Justice Abhay S Oak asked whether any religious activity had taken place here in the past. To this Sibal said that it has never happened. Justice Sundaresh asked, “What is your objection in this matter? The permission which has been given is only for Ramadan and Bakrid festival. Now the High Court directs that please allow all festivals or is it your complaint that it is being used for a particular festival?" Justice Sundresh asked, "Is there a complaint against the proposed festival only for tomorrow or to be used for after that also?" Mukul Rohatgi said that the corporation is not the owner and it is the property of the state government. Sibal said as long as it is a Waqf property, you cannot claim ownership as the Waqf notification was never challenged at any stage.

Mukul Rohatgi said, “The order of the Revenue Authority was the basis of the order of the Single Bench. When such a dispute took place 15 years ago, all the parties, deputy commissioners and ministers were also present. They agreed to allow the use of the land for Dussehra, Ganesh Chaturthi, etc.Justice Oak said but this meeting was only between political parties. Rohatgi replied that for the last 200 years this land is being used as a children's playground. All open land which is not private property vests in the government." Mukul Rohatgi said that this ground has no boundary wall, no footpath and children play in the ground. Hence Idgah cannot claim ownership.”