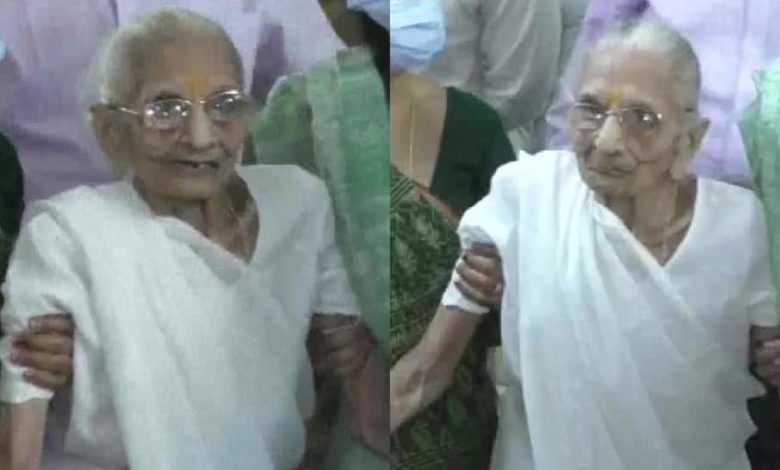 The citizens of India have all been given a non compromising right, and that is the right to vote. However, there is a myriad of people who do not exercise their voting rights. Recently, at Gandhinagar election, Prime Minister Narendra Modi's mother Heeraben Modi was witnessed delivering her vote and exercising the right, the Universal Adult Franchise offers.

According to Wiki, Heeraben Modi was born in the year 1920 (age 100). Her hometown is Vadnagar in Mehsana, Gujarat. In the video, a user shared on Twitter, she can be seen at a polling booth, wearing a white saree and casting her vote. A few people were helping her undergo the process smoothly. Soon after the video was posted, it went viral on Twitter and all the Political enthusiasts had something or the other to say. While some lauded that she casted her vote even at such a senior age, while the other half called it a publicity stunt.