The G20 summit has begun in Bali. The mutual meeting of the heads of various countries who reached there is going on. In this sequence, Prime Minister Narendra Modi and US President Joe Biden met. 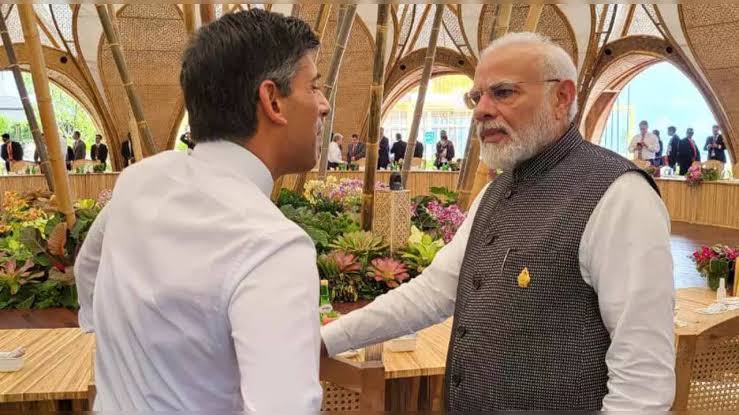 There was a meeting between Indian-origin British Prime Minister Rishi Sunak and India's Prime Minister Narendra Modi, who was present in the Indonesian capital Bali for the G20 summit. On the first day of the summit, both the top leaders held talks with each other. This information has been given by the Prime Minister's Office in India on Tuesday. Tweeted after reaching Bali from the official Twitter handle of Rishi Sunak. A picture of the British PM shaking hands with Canadian Prime Minister Justin Trudeau and Japanese PM Kishida has been tweeted. Also, happiness has been expressed about meeting Trudeau and Kishida. It also reads, 'There will be meetings with some more global leaders in the coming days to deal with the global economic problem.'

Prime Minister Modi is in Indonesia's capital Bali to attend the 17th G20 Summit. The summit was held at the Kempinski Hotel in Bali. The G20 is an intergovernmental forum of the world's major developed and developing economies. The current chairman of the G20 is Indonesia. India is going to assume the chairmanship of this powerful group on 1st December.

The G20 summit has begun in Bali. The mutual meeting of the heads of various countries who reached there is going on. In this sequence, Prime Minister Narendra Modi and US President Joe Biden met. A picture of these two top leaders has been tweeted by the Prime Minister's Office, in which Biden and Modi are seen shaking hands with enthusiasm.