While it is difficult for a celebrity to pay a surprise visit to their fans during the raging coronavirus pandemic, a surprise gift is not impossible. Britta Thomason, an American flight nurse, was among those who got a surprise gift box and a personal note from music star Taylor Swift thanking her for her work in fighting the COVID-19 pandemic. 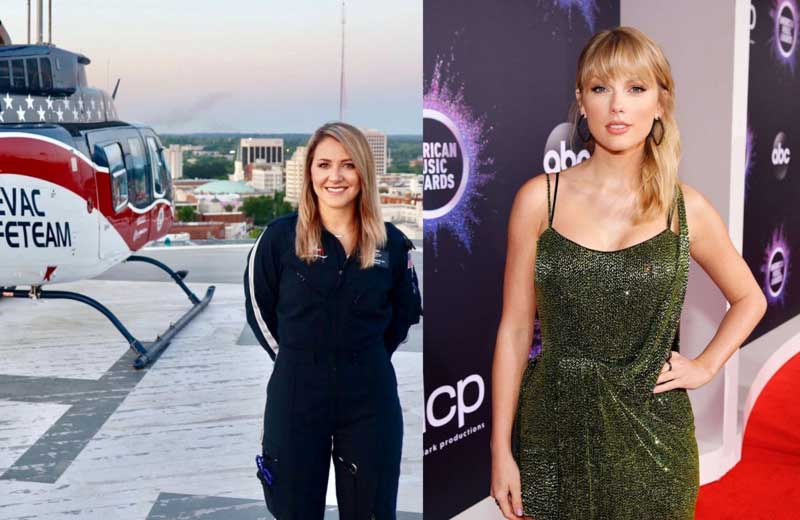 The global entertainment industry is enormous, and there are an uncountable number of artists who are well-known for shining in their fields. And, many of their fans aspire to be like them one day or imitate everything they do, from the way they speak and how they walk and how they dress to look and sound like them. Some fans have "favourite celebrities" from a variety of celebrities that they would like to see together someday. Although during the ongoing coronavirus pandemic it is difficult for a celebrity to give their fans a surprise visit, however, a surprise gift is not impossible.

One of them was an American flight nurse who was astounded and moved as she got a surprise gift box and a personal note from music star Taylor Swift thanking her for her efforts in combating the COVID-19 pandemic. Britta Thomason, the manager of the Air Evac Lifeteam base in Dublin, Georgia, told a local newspaper last month that she enjoys listening to Swift's music while she relaxes.

A few weeks later, Thomason, a member of the Nurse Navigation Line for Global Medical Response crews sent to New York and New Jersey last year, got a voicemail response from the singer's representatives about a parcel being sent to her. A large box arrived a day later.

"I was so anxious when I opened it. I was trembling only because it was so unreal" Thomason told Reuters.

"I said to myself, 'There's no way this is what it is'. the letter was actually sitting on top when I opened it... I opened it, but I didn't read the whole thing right away. I just looked down... and saw her signature, and I was completely taken aback."

T-shirts, candles, a blanket, a notebook, and a champagne glass were among the items inside the parcel. Thomason was especially moved by a handwritten note in which Swift thanked her "for working on the frontlines of this pandemic and for being courageous enough to put yourself in danger to support others."

"My favourite part of the letter was at the very end when she said, 'I'll be thinking about you and forever thankful, love Taylor,'" Thomason said.
"Just that she'd say something like that, that she'd be thinking of me and thankful for something I do. It's really moving."