From Priyanka to Kejriwal to Modi, Humble Jhadu is Sweepstake in Politics

Only die-hard Congressmen think Priyanka Gandhi Vadra’s use of the broom foreshadows the party’s sweep of elections in UP. 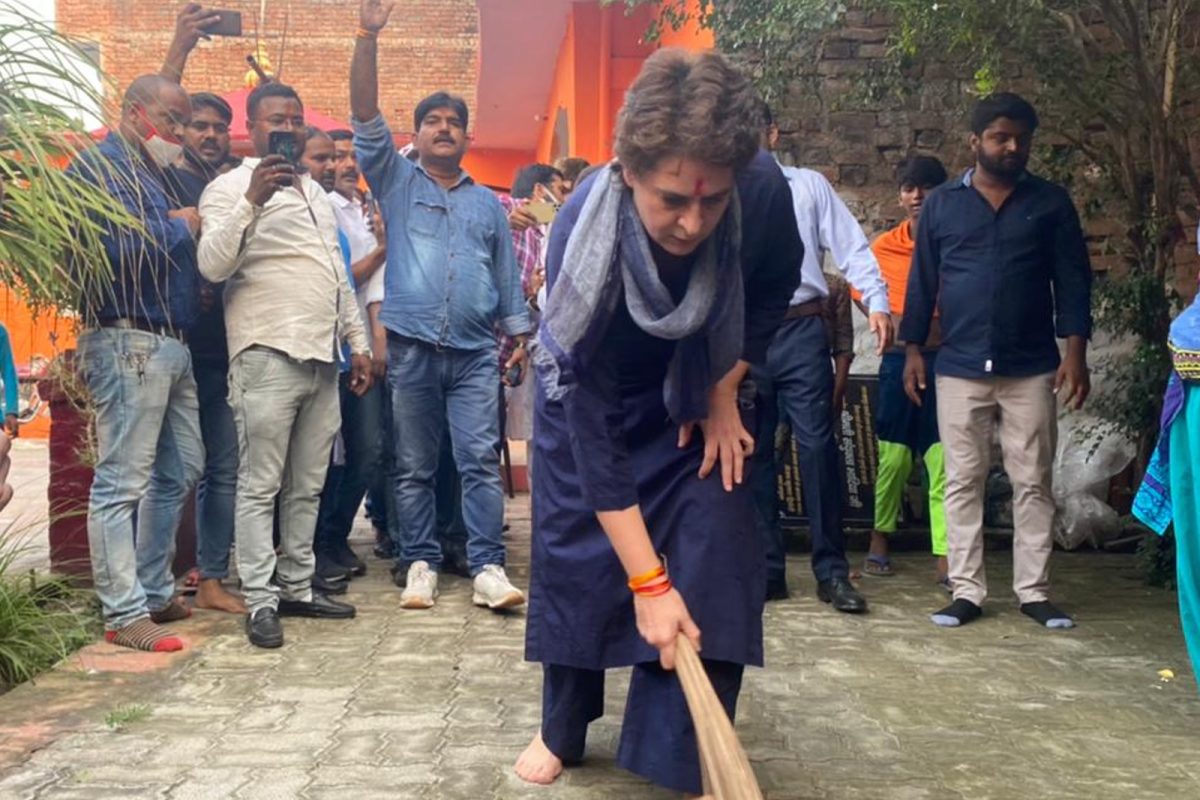 When Priyanka Gandhi Vadra was sweeping the guest house in Sitapur to protest against the Lakhimpur Kheri killings, did she thought she was Mahatma Gandhi or Dorothy Gale tasked by the Wizard of Oz to bring the broom from the Wicked Witch of the West? There have been many after him who found the broom to be a powerful symbol of sweeping the old and ushering in the new. Arvind Kejriwal made the broom his party symbol. The broom lent itself to great messaging for the Aam Aadmi Party with lines like abe chalegi jhadu and stirring speeches such as this from Kejriwal at the Valmiki Complex in Delhi, the home for all sweepers.

CM of Uttar Pradesh Yogi Adityanath said the people of his state would make sure that she would spend her time sweeping floors after the elections while Assam Chief Minister Himanta Biswa Sarma told he had grown up watching his mother sweeping the home.