The President wanted to avoid the lockdown to ensure a positive economy, but the surge in Covid-19 cases, with casualties almost around 1,00,000 hitting on the Intensive Care Unit capacity of hotspot regions, the lockdown could not be avoided. 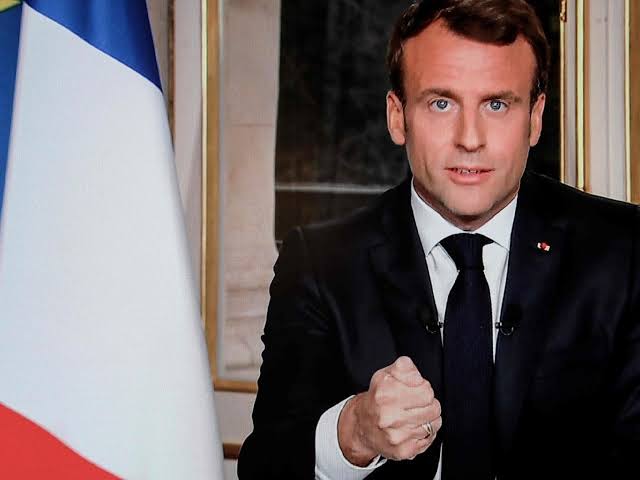 France is all set to go into a nationwide complete lockdown which involves shutting down of businesses along with schools and childcare centres for a period of 3 weeks. The French President Emmanuel Macron imposed the third lockdown observed by the European nation as he addressed the country, on Wednesday.

The President wanted to avoid the lockdown to ensure a positive economy, but the surge in Covid-19 cases, with casualties almost around 1,00,000 hitting on the Intensive Care Unit capacity of hotspot regions, the lockdown could not be avoided.

Macron in his speech said, "We will lose control if we do not move now," he added, “We did everything we could to make these decisions as late as possible when they became strictly necessary. That is now.” He outlined the cause of the virus becoming “more contagious and deadlier” was mutation of virus and emergence of new variants.

A slow vaccination drive has led to France facing a probable new wave coming its way. Even though more than 8.5 million people in France have received at least one vaccination dose, this equates to only about 12% of the population. Macron claimed that the initiative, which concentrated on the elderly and vulnerable proved to be effective as less deaths were witnessed among those over the age of 80.

The French President has been vocal in his stand to not let the pandemic be an impediment for children’s education and was proud of managing to keep schools open. He had said, “We are one of the few countries that kept schools open because we believe in this investment in young people, our young people need to learn and no one knows the long-term social and economic consequences the lockdowns will have on them.”

Macron tried pacifying his countrymen by saying that the third lockdown coupled with a fast paced inoculation drive could give way to gradual reopening of the nation under stringent restrictions around in the middle of May. He said, “We are doing everything to vaccinate, vaccinate, vaccinate. Without rest, without day off. Saturday and Sunday like during the week.”