French Open: Nadal reached the final with a walkover, Zverev injured, Steps out of court in a wheelchair

Nadal got a walkover against Germany's Alexander Zverev in the men's singles semi-final. 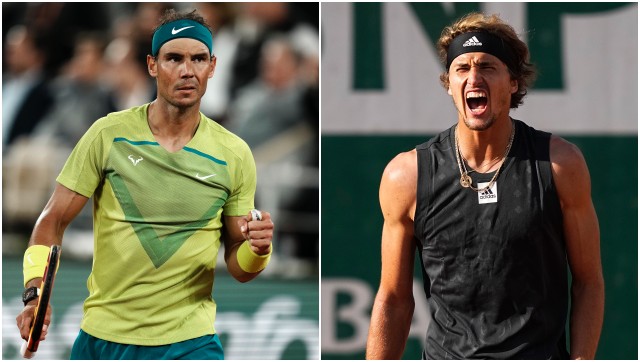 Spain's star tennis player Rafael Nadal has reached the final of the French Open. He got a walkover against Germany's Alexander Zverev in the men's singles semi-final. Zverev got injured during the second set. He injured his leg on the court itself. Because of this, he could not play further. Nadal was leading 7-6 (10-8), and 6-6 until the match was stopped. In the final, Nadal will face the winner of the second semi-final between Marin Cilic of Croatia and Kasper Rood of Norway.

Zverev had his eye on reaching the final of the French Open for the first time. He also got off to a great start in the match. In the first set, the match between Nadal lasted for 91 minutes. Nadal won 10-8 in the tiebreaker after a 6-6 draw. He won the first set 7-6 (10-8). In the second set too, there was a tough competition between the two. By the time the game was stopped, both were tied at 6-6. Zverev was injured at the start of the tiebreaker. The second set lasted 102 minutes.

Zverev, the world number three player, he went to the Grand Slam Open for the second time to make it to the final. Earlier in the US Open 2020, he had made it to the title match but then lost against Dominic Thiem of Austria.