IGP Kashmir Vijay Kumar addressed a press conference, "All four terrorists of Lashkar-e-Taiba were killed in the joint operation carried out in Shopian." 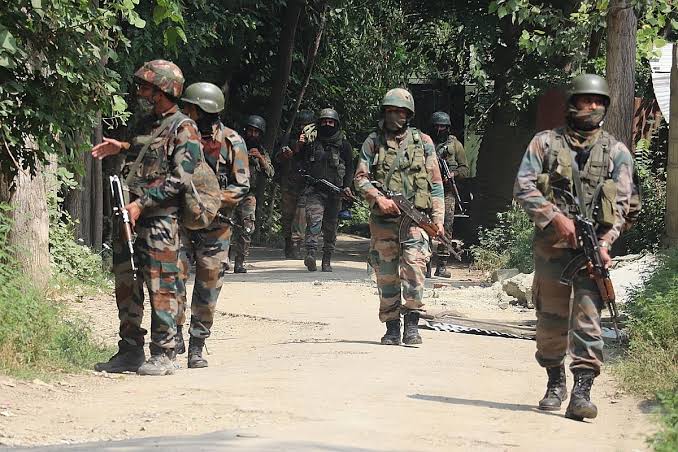 The altercation erupted around 2 am, as security forces conducted a search operation in the Manihal region after obtaining intelligence about the possibility of terrorist presence.

According to PTI, which cited police sources, the gunfight lasted several hours since the militants declined to surrender. Kashmir Police Zone tweeted initially that two unidentified terrorist were killed and the operation was still ongoing.

A joint operation involving major search and combing operation of J&K Police, the Indian Army and the CRPF was initiated in the region in order to root out any remaining terrorists who might be hiding in the reported area.

This was followed by an ANI report with sources in the Chinar Corps, Indian Army, which mentioned elimination of a total of three terrorists and the joint operation still being in process. Authorities later revealed that one more terrorist had been killed in the ensuing encounter in South Kashmir's Shopian district.

IGP Kashmir Vijay Kumar addressed a press conference, "All four terrorists of Lashkar-e-Taiba were killed in the joint operation carried out in Shopian.''

The clash takes place against the backdrop of an Indian-Pakistan ceasefire agreement. India has sent a firm message that Counter-Insurgency Counter-Terrorism (CI-CT) operations in the Valley will not be compromised.

Aamir Shafi of Bata Pora, Shopian, Rayees Ah Bhat, Aaqib Malik, and Altaf Ahmad Wani were among the terrorists that were gunned down by the Indian Security forces.