Four members of Congress suspended from Lok Sabha, action over uproar during monsoon session of Parliament

These four Congress MPs have been suspended for the entire session. Jyotimani, Manik Tagore, TN Prathapan and Ramya Haridas have been suspended. Speaker Om Birla had indicated to take strict steps while adjourning the Lok Sabha at 2.30 pm amid constant uproar by the opposition MPs. 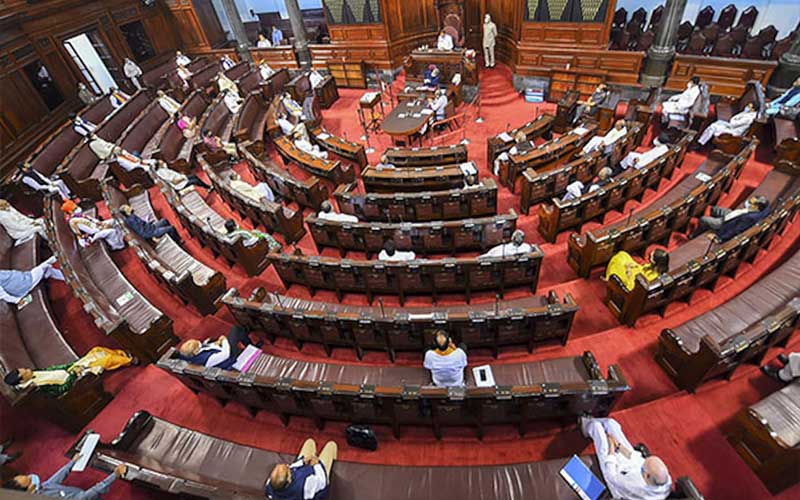 Speaker Om Birla has taken a tough stand on the uproar in the Lok Sabha during the monsoon session of Parliament. He has suspended four members of the Congress who were creating a ruckus.

These four Congress MPs have been suspended for the entire session. Jyotimani, Manik Tagore, TN Prathapan and Ramya Haridas have been suspended. Speaker Om Birla had indicated to take strict steps while adjourning the Lok Sabha at 2.30 pm amid constant uproar by the opposition MPs. He had indicated to throw out those who showed placards from the house. After this a meeting of all the parties was held in Birla's chamber in which the opposition parties had assured Speaker Birla not to show placards in the house and not create a ruckus. Opposition MPs had also given assurance of cooperation in the smooth functioning of the House, despite this placards were raised in the House and there was uproar. After this, Speaker Birla, taking a tough decision, decided to suspend four MPs for the entire session.

Earlier, Parliamentary Affairs Minister Pralhad Joshi, commenting on the uproar, said that even after the Speaker's strict refusal, action should be taken against the members who bring placards in the House so that the proceedings of the House can be stopped without any reason.

As soon as the proceedings of the Lok Sabha began today, the opposition members, who reached the House with placards, raised slogans for their demands. Speaker Om Birla had expressed strong displeasure over the constant uproar of the opposition. He said, "Don't take my heartfelt meaning differently. I am ready to have discussion in the house after three o'clock, but if only placards are to be shown, then I will show outside the house after three o'clock." Birla said that the people of the country want the House to run. The house cannot run like this, I will not allow such a situation to remain in the house. It is worth noting that the Opposition MPs, who are creating a ruckus with placards and banners on the issue of rising inflation and GST on essential commodities, are demanding that PM Narendra Modi should come to Parliament and listen to him on these issues. The opposition is continuously demanding a discussion on the issue of inflation. The Monsoon session of Parliament has started from July 18, but due to the uproar of the opposition on various issues, the proceedings have been disrupted continuously.