He has previously served two terms in the UK cabinet, first as chancellor of the exchequer and then as home secretary. On Saturday, Javid returned to the office of state as health minister. 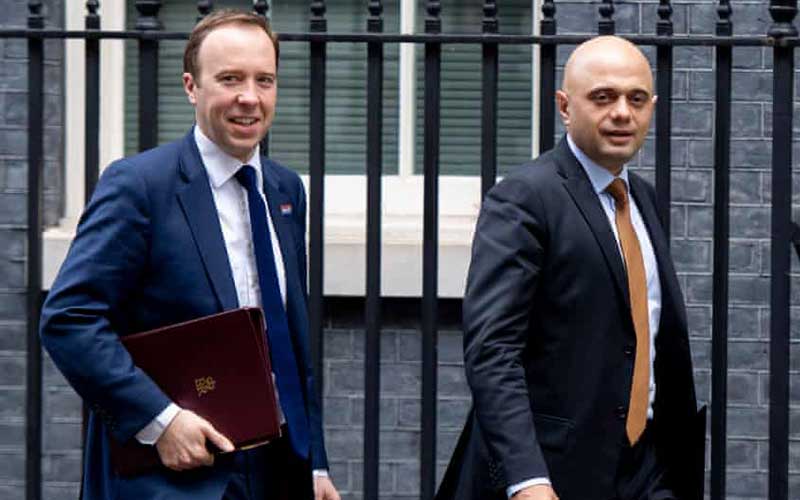 Javid quit as finance minister last year after refusing to remove his political advisers, as per Johnson's demand.

He has previously served two terms in the UK cabinet, first as chancellor of the exchequer and then as home secretary. On Saturday, Javid returned to the office of state as health minister.

The new Health Secretary is currently in charge of the country's medical infrastructure in the midst of what is perhaps the most difficult medical crisis in recent memory-the Covid-19 outbreak.

Javid has stated that his first objective is to end the pandemic and return the country to normalcy.

In a statement Javid asserted, “We are still in a pandemic and I want to see that this comes to an end as soon as possible and that will be my most immediate priority to see that we can return to normal as soon and as quickly as possible.”

Matt Hancock, the UK's health secretary, resigned earlier this week after it was revealed that he had broken coronavirus rules during an affair with his office aide.

A part of the media reportedly published photos of him hugging and kissing the woman. On May 6th, a whistleblower allegedly acquired a photograph of him in his office with his office aide.

His behaviour has led to a lot of his colleagues being infuriated while drawing flak from the public for his irresponsible actions. Opposition parties continued to put pressure on the administration, condemning it of hypocrisy over the violation of lockdown rules.

After The Sun newspaper published a security camera photo, Hancock admitted he had let the people down and resigned in a letter to UK prime Minister Boris Johnson.

Hancock wrote in his letter, "We owe it to people, who have sacrificed so much on this pandemic to be honest when we have let them down as I have done by breaching the guidance."