Two people died in the accident, while the other two were injured. Maharashtra Deputy CM Devendra Fadnavis has ordered an inquiry into the accident. 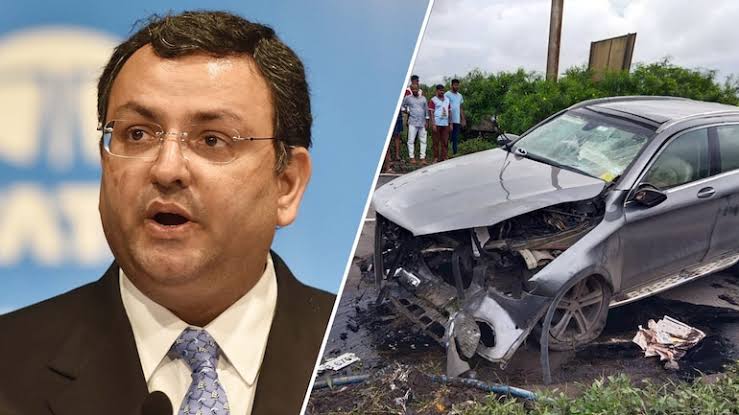 Former Tata Group chairman Cyrus Mistry has died in a road accident. According to the news agency PTI, this accident has happened in Palghar, adjacent to Mumbai. A police officer told PTI that the car of former Tata Sons chairman Cyrus Mistry collided with a divider in Palghar, Maharashtra on Sunday. Mistry was traveling from Ahmedabad to Mumbai in a Mercedes car. Two other people including the car driver were injured in this incident. All the injured have been admitted to a hospital in Gujarat.

The police officer said, "The accident happened around 3.15 pm. Mistry was going from Ahmedabad to Mumbai. The accident happened on the bridge over the Surya river. Looks like it's an accident." Sharad Pawar's daughter Supriya Sule has expressed grief by tweeting on the death of 54-year-old Cyrus Mistry.

According to preliminary information, the driver of the Mercedes lost control of the car. After that she collided with the road divider. Police have released the details of the people in the Mercedes car. Along with Cyrus Mistry, Jahangir Dinsha Pandole also lost his life in the accident. At the same time, Anayata Pandole (female) and her husband Daryas Pandole were injured. Anayata is a doctor in Mumbai and she was driving the car. Her husband Darius Mandol is the CEO of JM Financial. Jahangir Pandole was the father of Darius.

Palghar SP Balasaheb Patil said – The number of the car in which Mistry was traveling is MH-47-AB-6705. The accident happened at around 3.30 pm on the bridge of Surya river on the way from Ahmedabad to Mumbai. Two people died in the accident, while the other two were injured. Maharashtra Deputy CM Devendra Fadnavis has ordered an inquiry into the accident.