According to sources, after the formation of the government in Maharashtra, the ministers of BJP quota have also been discussed in this meeting. 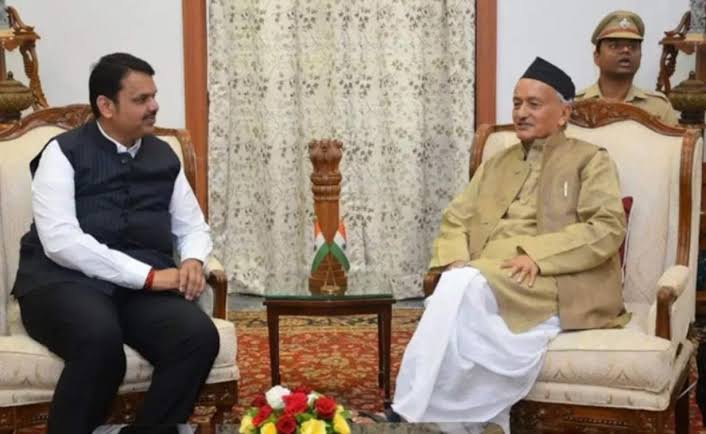 Amidst the ongoing political turmoil in Maharashtra, BJP leader Devendra Fadnavis along with some MLAs has reached Governor Bhagat Singh Koshyari. Chandrakant Patil and Girish Mahajan were also present with him in the Raj Bhavan.

Devendra Fadnavis went to Delhi today after a meeting of the core committee of BJP's Maharashtra unit was held to discuss the political situation in Maharashtra. In Delhi, he had earlier met Union Home Minister Amit Shah. It has been learned from the sources that talks were held between the two leaders regarding government formation.