Ukraine's head of rail traffic, Oleksandr Kamyshin, said 14 trains were running late in the country because of the attacks. 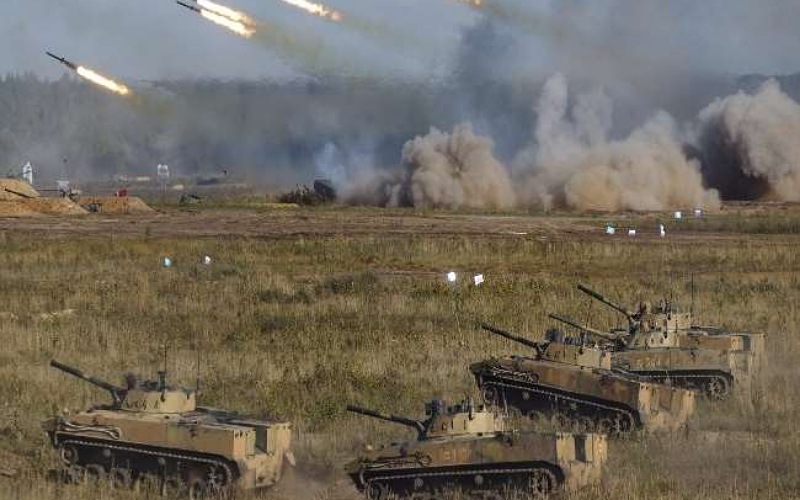 In the past 24 hours, the Russian military has targeted 40 military bases in Ukraine, including four stockpiles of weapons sent by Western countries. Cannons and their shells were also kept in the weapons stores that were destroyed. Ukrainian officials have said that the Russian military is causing severe damage to Ukraine's rail traffic. On Tuesday, he attacked six railway stations and caused heavy damage to them.

Damage to rail property and several casualties were reported in central Ukraine's Dnipro region and Kirovovd. The railway is the main means of public transport in Ukraine. It also has links with neighboring countries. Russia's ally Belarus has announced major military exercises as the Russian military has stepped up attacks in eastern Ukraine. Tens of thousands of people have been killed in the fighting, and more than 5.5 million Ukrainians have fled to other countries.

About 600 people were killed in the Russian bombing of the Donetsk Academic Drama Theater in Maripol on 16 March. This is known from the people present in the theater and the debris present there at the time of the bombing. The bombing was carried out by Russian planes when a children's banner was placed on top of the theater building. Russian military says Ukrainian fighters were actually based in the theater building.