For the murder of George Floyd, a former US police officer has been sentenced to over 22 years in prison #BlackLivesMatter

The judgment was read out at the end of a stressful hearing in which the court heard from Chauvin's mother and viewed a recorded message from Floyd's seven-year-old daughter. 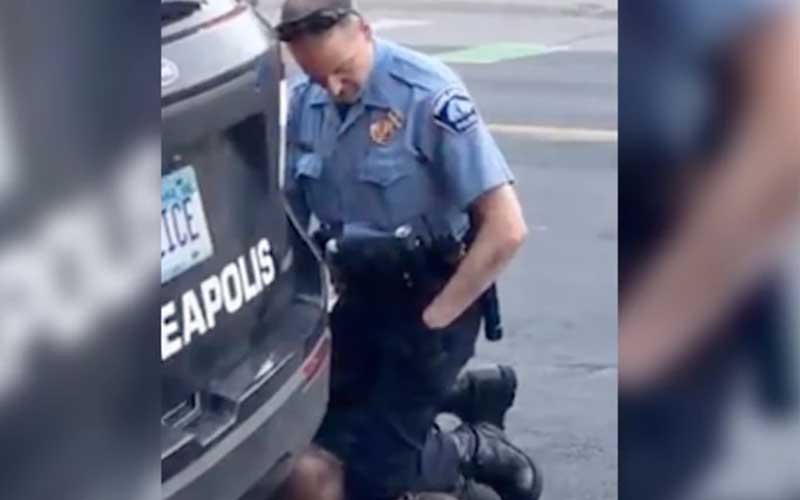 Derek Chauvin, a former Minneapolis police officer, was sentenced to 22 1/2 years in jail on Friday for the murder of George Floyd, whose dying gasps under Chauvin's knee sparked the country's largest outcry against racial injustice in decades. As he extended condolences to the Floyd family and hoped they would finally have "some peace of mind," Chauvin was sentenced to one of the harshest jail terms ever for a US police officer in the killing of a Black person.

Floyd's family members and others, on the other hand, were pessimistic. The punishment fell short of the prosecutors' request of 30 years in prison. Chauvin, 45, could be eligible for parole after serving two-thirds of his sentence, or nearly 15 years if he maintains good behavior.

Judge Peter Cahill went above and above the state standards' 12 1/2-year sentences, citing Chauvin's "abuse of a position of trust and power, as well as the special cruelty" demonstrated to Floyd. Ben Crump, an attorney for the Floyd family, said the family had received "some degree of accountability," but that the family is hoping for the best at Chauvin's future federal civil rights trial. According to Crump, this is the longest sentence a Minnesota police officer has ever received.

“Real justice in America will include Black men and Black women and people of color who will not have to fear being slain by the police simply because of their skin color,” he continued. That'd be true justice.”

A gathering of around 50 individuals gathered outside the courthouse, clasping hands or placing them on each other's shoulders. People argued whether the punishment was long enough, therefore the reaction was muted. Disgusted, some cursed.

Members of the audience erupted in cheers at George Floyd Square, as the intersection where Floyd was pinned to the pavement is now known, and some said, "We'll take it." Chauvin was taken back to prison right away. When the judge read the punishment, he exhibited no emotion. His Covid-19 mask obscured much of his face, so his eyes traveled quickly throughout the courtroom.

In April, the fired white cop was found guilty of second-degree unintentional homicide, third-degree murder, and second-degree manslaughter for forcing his knee over Floyd's neck for up to 9 1/2 minutes on May 25, 2020, as the 46-year-old man convulsed, gasped and fell limp. Bystander footage of Floyd's arrest on suspicion of passing a counterfeit $20 bill at a corner store sparked worldwide protests, resulting in scattered violence in Minneapolis and elsewhere, as well as calls for police forces to be overhauled.

On Friday, Chauvin removed his mask and turned toward the Floyd family, addressing just briefly because of "some further legal concerns at hand" - an apparent reference to the federal civil rights trial, where his remarks could be used against him.

“I'd like to express my heartfelt sympathies to the Floyd family. There will be more information available in the future that will be of interest. And I hope things will offer you some peace of mind,” he replied, without adding anything else.

Carolyn Pawlenty, Chauvin's mother, asked for forgiveness for her son, claiming that his reputation had been unfairly tarnished as "an angry, callous, and insensitive person."