For the first time, the Indian Army enrolled women as soldiers

Following 61 weeks of intensive basic military and provost training that included all forms of policing duties, prisoner of war management, ceremonial duties, capability development, and signal communications, the 83 female soldiers took part in an attestation parade at the CMP Centre & School in Bengaluru on Saturday. 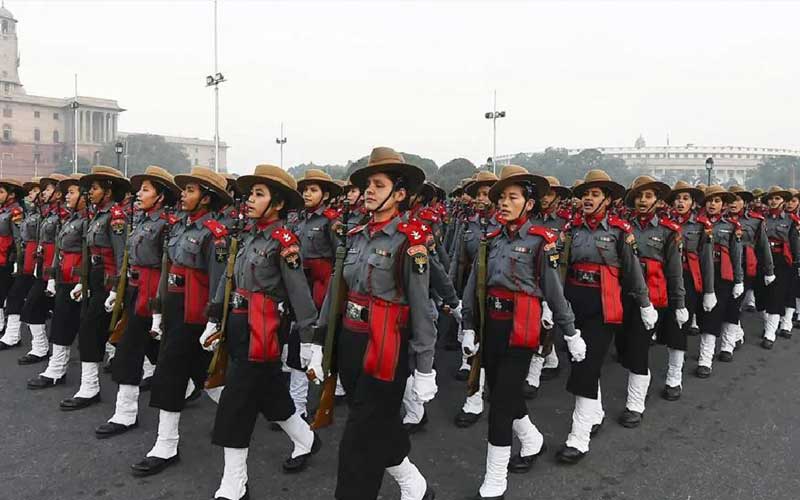 The first-ever batch of 83 women jawans has been enrolled into the Corps of Military Police (CMP) in the 13-lakh strong Army, shattering yet another glass ceiling in the overwhelmingly male-dominated armed forces.

The 83 female soldiers took part in an attestation parade at the CMP Centre & School in Bengaluru on Saturday, following 61 weeks of rigorous basic military and provost training that included all types of policing duties, prisoner of war management, ceremonial duties, skill growth, and signal communications.

When reviewing the parade, CMP Centre commandant Brigadier C Dayalan expressed his trust that the women soldiers' experience, as well as the standards they achieved, would serve them well. They will prove to be force multipliers in their new units, which will be stationed across the country in a variety of terrains and operational conditions, he said.

Colonel Aman Anand, a spokesperson for the Army, said the military expects to induct 1,700 women into the CMP in the PBOR (personnel below officer rank) group over the next 16-17 years.

Women have only been inducted as officers in the Army, Navy, and IAF, which have a combined strength of over 15 lakh. In recent years, some divisions have gradually opened up to women, with the IAF now having ten female fighter pilots.

After a 23-year hiatus, the Navy deployed four female officers aboard its warships earlier this year. However, women are also not permitted to serve on ships or in the Army's "battle forces," such as cavalry, armoured corps, and artillery.

Women soldiers (general duty) are being recruited in the CMP, according to officers, and the Army is preparing to deploy women soldiers for crowd control and frisking of female protestors in militancy-affected areas such as Jammu and Kashmir and the northeast.

Furthermore, the women of the CMP will assist in the prosecution of criminal crimes such as rapes and molestation, as well as maintaining good order and discipline in military units.