Previously, India had only participated in one sport in each of the previous Olympics, although two sailors had represented the nation on four occasions. 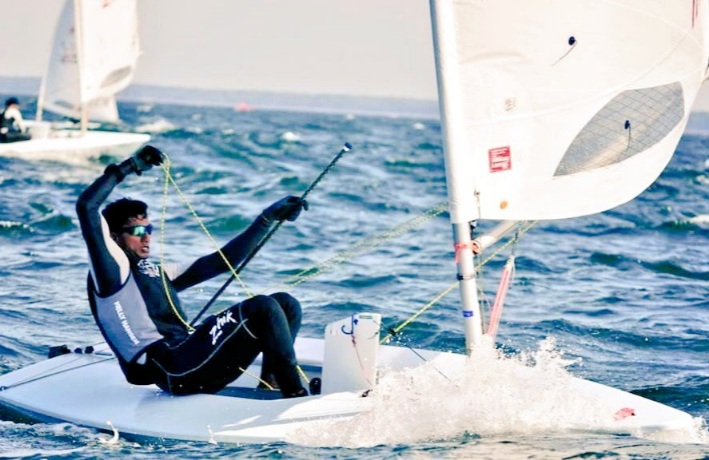 In a historic first for India, four Indian sailors will compete in the Olympics this year, after Vishnu Saravanan and the pair of Ganapathy Chengappa and Varun Thakkar qualified for Tokyo in the Asian Qualifiers in Oman. This news came after Nethra Kumanan, the first Indian woman sailor, qualified for the Olympics in the laser radial event at the Mussanah Open Championship, an Asian Olympic qualifying event, on Wednesday.

Also, It is the first time that India will participate in three Olympic sailing events.

Previously, India had only participated in one sport in each of the previous Olympics, although two sailors had represented the nation on four occasions.

"History, indeed, has been scripted. Four Indian sailors have qualified for the Olympics, where they will participate in three different events. It is the highest number of trained sailors as well as the number of events "Capt Jitendra Dixit, joint secretary-general of the Yachting Association of India, told PTI. "Nethra qualified on Wednesday, and today Vishnu and then Ganapathy and Varun qualified."

Saravanan qualified for the Tokyo Games in the Laser Standard Class for the first time on Thursday after finishing second overall. Later, Chengappa and Thakkar finished first in the 49er Class points standings.

Until the penultimate day on Wednesday, Saravanan was third but won the medal race on Thursday to move up to second overall with 53 points and secure a quota for the Tokyo Olympics. The Indian edged out Thailand's Keerati Bualong (57 points), who had been second until Wednesday, for a place in the Tokyo Games. Ryan Lo Jun Han of Singapore finished first overall in the Laser Standard Class table (31 points).

"Vishnu had been third behind the Thai sailor until Wednesday, despite the fact that they were tied on points. Vishnu finished first in the medal race today, so he naturally finished ahead of the Thai sailor in the points table "Dixit said. "Vishnu finished second out of two sailors who qualified for the Olympics in the laser class. Before today, the Singapore sailor was well ahead of Vishnu, and Vishnu was unable to dethrone him (from the top position)."

On Thursday, Kumanan came sixth in the laser radial class medal race, but he still came in second overall with 30 points, confirming his place in the Olympics. The standings were topped by Dutchwoman Emma Savelon (29 points), who finished fourth in the medal race on Thursday, but she is ineligible for the Asian qualifying spot. Stephanie Norton of Hong Kong qualified as well, finishing third overall.