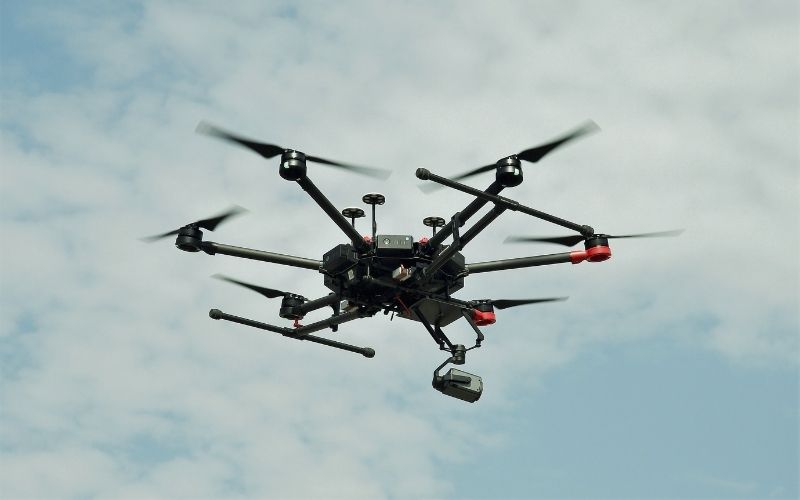 Following the recent attack of an IAF station by armed drones in Jammu and Kashmir, officials in border district Rajouri on Wednesday issued a ban on the storage, sale, possession, usage, and transport of the flying aircraft.

An order issued by Rajouri District Magistrate Rajesh Kumar Shavan further urged those in possession of drones or similar gadgets to deposit them with the local police station.

Nonetheless, government entities that use drones for mapping, surveys, and surveillance must notify the local police station in-charge and the executive magistrate, as per Shavan's directive.

Two bombs were thrown at IAF station Jammu in the early hours of Sunday, causing slight injuries to two personnel in what was the first incident of Pakistan-based terrorists utilising drones to strike vital installations.

Apparently, the explosions happened about 1:40 am, six minutes apart. The initial bomb blasted off the roof of a single-story structure at the airport's technical sector in the Satwari district on the outskirts of Jammu. The second was on the ground.

According to the order, Shavan issued a ban/restrictions on the storage, sale, ownership, use, and transportation of any drone or tiny flying objects/flying toys in the district in the exercise of the authority conferred by Section 144 of the CrPC.

"Moreover, those who already have drone cameras/flying devices/toys or similar objects in their possession shall deposit the same with the local Police Station against official receipt," the order stated.

In defending his ruling, the district magistrate stated that anti-national elements have been spotted employing drones and flying devices to cause damage, harm, and risk to human lives in various sections of Union Territory.

“Meanwhile, it has also been observed that, over the last 10-15 years, domestic use of small drone cameras has increased in society for capturing photos and videos in social and cultural gatherings, and that youth, in particular, are more interested in having drone-like toys and electronic gadgets.”

According to the directive, “in the current scenario, it is reasonable and expedient to discontinue the use of any drone/small flying toys/objects in all social and cultural gatherings to eliminate any risk of injury to life and property."

Shavan stated that because prior notice could not be served, it is being issued ex-parte.

“Any breach of this order will result in punitive action as required by applicable law.” The Senior Superintendent of Police in Rajouri will ensure that this order is followed in letter and spirit," as per the order.