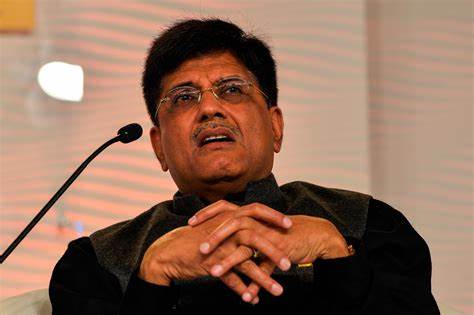 The event was organised by the Department for Promotion of Industry and Internal Trade (DPIIT), Ministry of Commerce and Industry.

The Minister invited the venture capitalist and asked them to focus more on Startups from Tier 2 and 3 cities of the country.

According to the Ministry of Commerce & Industry, the Minister invited the VCs to explore new sectors for investing, promote and protect the intellectual property created by the young Indian entrepreneurs, provide expertise to scale-up and explore greater capital infusion including risk capital.

“The Government has already taken a number of steps to support the Startups and would do so in the future also,” the Minister said.

“It was pointed out in the meeting that India is home to over 61,000 recognised Startups spread across 55 industries, with 45% of them emerging from Tier 2 and 3 cities and 45% of Startups having at least one Woman Director, a testimony of diversity, spread and inclusivity of the Indian Startup ecosystem,” According to a release shared by the Ministry.

It added, “It was also highlighted that specifically for Startup ecosystem, 49 regulatory reforms have been undertaken by the Government to enhance Ease Of Doing Business, Ease Of Raising Capital and Reduce Compliance Burden.”

Held via video conferencing, the Roundtable was part of the Startup India Innovation Week.

“Over 75 VC fund investors from across the United States, Japan, Korea, Singapore, and some Global Funds domiciled in India participated in the deliberations,” it said.