The veteran actor penned a message to his fans and followers on social media, “I feel special.” 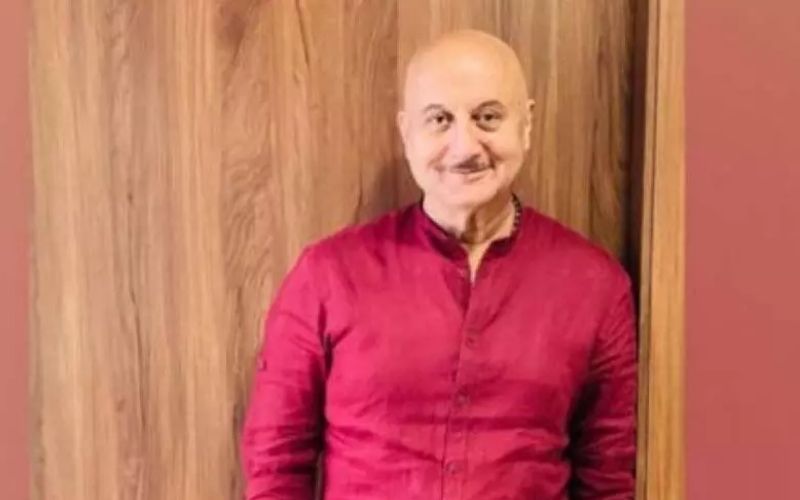 On Saturday, veteran actor Anupam Kher posted a note of appreciation to his fans and followers as he announced his new film, which will be the 519th of his career.

Sharing his happiness with his fans and followers on social media, Kher posted a video in which he can be seen recording the aviation map box while flying above the Atlantic Ocean.

He captioned the post, "Delighted to announce my 519th film while flying above the #AtlantcOcean at 36000 feet."

"God has been kind to me," Kher said, "it's humbling to be able to reach this point. Indeed, it's the result of my hard work, but also because of the blessings of millions of people, including my fans, SM followers, friends, family, and elders. Also, thank thanks to the #IndianFilmIndustry and all the filmmakers throughout the world for being so generous and kind to me. ‘I feel special’."

The National Award-winning actor ended the message by stating that the film's specifics will be revealed soon.

The post quickly drew the attention of his followers, who inundated him with well wishes.

Indeed, the 66-year-old actor is widely regarded as one of the most inspirational figures in the Indian cinema industry. Kher's Bollywood acting career took off after his debut film, 'Saaransh.' In fact, the film received numerous awards, including the Filmfare Award for Best Actor and Bhatt's Filmfare Award for Best Story, among many others.

Notably, the former Chairman of the Film and Television Institute of India earned a name for himself in the Hindi film industry, appearing in over 500 films, mostly in Hindi, but also in many other languages. He has two National Film Awards and eight Filmfare Awards.

Adding another feather to his cap, Kher recently earned the award of Best Actor at the New York City International Film Festival for his short film 'Happy Birthday.' The film was also named Best Short Film at the prestigious film festival.

'Happy Birthday' was Kher and Aahana Kumra's second collaboration, following their appearance in the critically acclaimed film 'The Accidental Prime Minister' in 2019. Other projects in the works for Kher include 'The Last Show,' 'Mungilal Rocks,' and 'The Kashmir Files.'