Floods in Assam and Tripura, 55 people died so far, over 19 lakh people affected

In the Assam floods, there have been 54 deaths reported so far, over 18 lakh people affected. 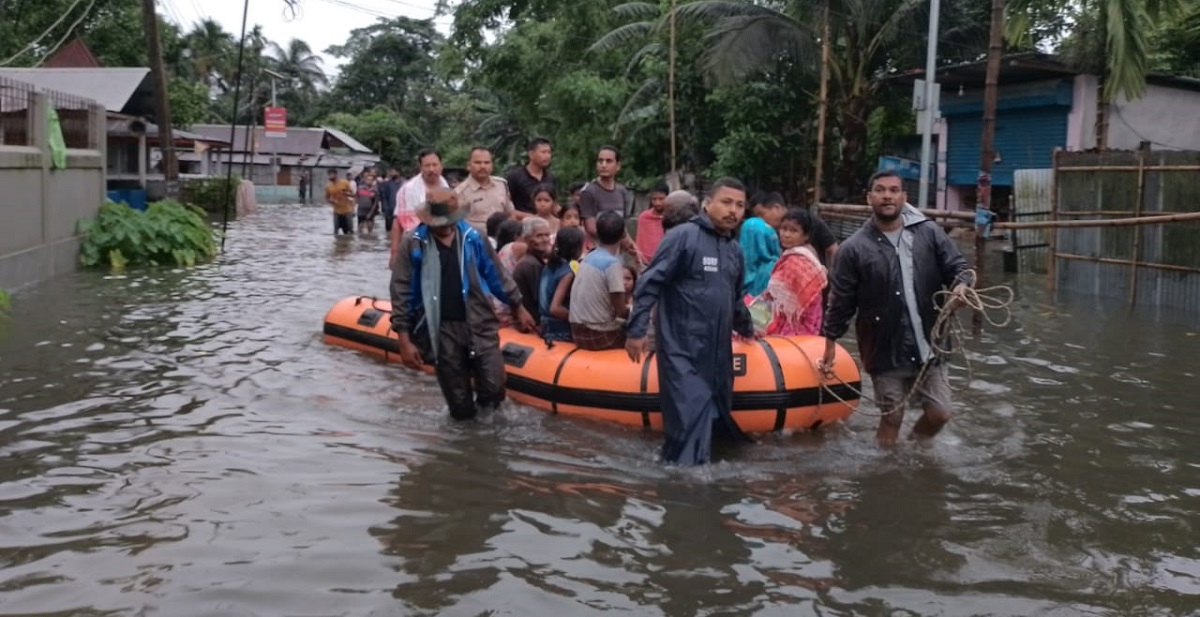 The situation has become dire due to floods in Assam and Tripura. So far more than 55 people have lost their lives due to this deadly flood. Meanwhile, Prime Minister Narendra Modi on Saturday called up Assam Chief Minister Himanta Biswa Sarma to inquire about the current flood situation in the state and assured all possible help from the Centre. Modi also expressed concern over the difficulties being faced by the people affected by the floods. More than 18.95 lakh people have been badly affected by floods this year in the 28 districts of Assam. So far 55 people have died in the state due to floods and landslides.

A boat carrying flood-affected people capsized in Assam's Hojai district during floods, leaving three children on board missing while 21 others were rescued. Officials gave this information on Saturday. According to police officials, a group of 24 villagers was on their way from Islampur village to a safer place late on Friday night when their boat capsized after colliding with a submerged brick kiln in the Raikota area.

The Kopili river has inundated large tracts of land and affected over 55,150 people in the district, which was also badly hit in the first wave of floods earlier this year. A total of 29,745 people have taken shelter in 47 relief camps in the district. In the Sadar sub-division of West Tripura district, more than 2,000 people were displaced in the floods caused by torrential rains. Officials gave this information on Saturday. They have taken shelter in 20 relief camps. However, no casualties have been reported so far, he said.

Assam CM Himanta Biswa Sarma said, "PM Modi called me to enquire about the flood situation in Assam. While expressing his concerns over hardships being faced by people due to this natural calamity, PM assured all help from Central Govt. Humbled by his reassuring generosity."

Earlier today, spoke to Assam CM Shri @himantabiswa and took stock of the situation due to floods in the State. Assured all possible support from the Centre. I pray for the safety and well-being of the people of Assam affected by flooding.

As per Assam State Disaster Mgmt Authority, "In last 24 hrs, 28 districts have reported flood. 96 Revenue Circles & 2,930 villages were affected by the flood. About 18,94,373 people impacted. So far 11,881 people have safely evacuated.54 people have lost their life due to floods & landslides this season.