Floods across Europe have killed over 60 people and left hundreds more missing.

As officials battle overwhelming odds for the rescue attempt in Germany, Belgium, and other neighbouring European nations, dozens of people have been killed and several dozen others have gone missing. 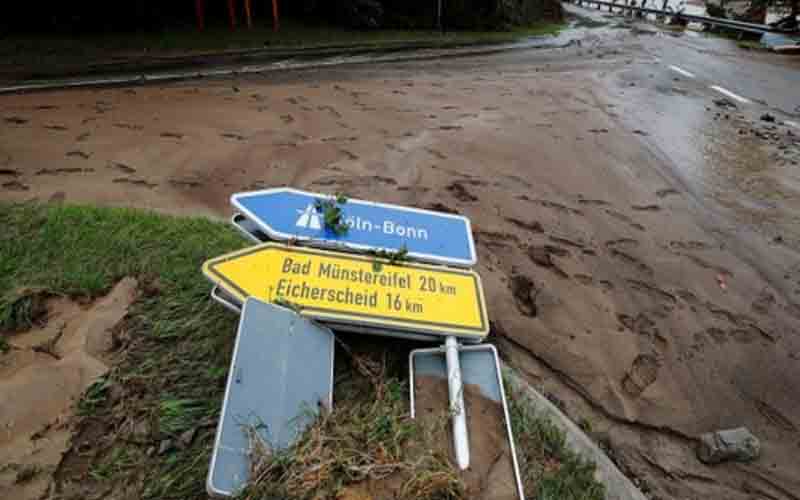 On Thursday, floods in Germany turned streams into roaring torrents, sweeping cars away and destroying homes in the western regions of Rhineland-Palatinate and North Rhine-Westphalia. The official death toll from the tragedy is thought to be approximately 45, although news sources reporting on the flooding independently suggested that the real number could be several times higher.

Local police data on the floods confirmed that at least 20 to 30 persons are likely to have perished in the floods in the Cologne area alone, with another 28 reportedly dying in the Ahrweiler district in Rhineland-Palatinate. According to Interior Minister Roger Lewentz, 50 to 70 persons are believed to be missing as a result of the floods.

Schuld was one of the German villages hardest impacted by the flood, with numerous homes collapsing and hundreds of people missing. Old brick and timber houses couldn't withstand the rapid surge of water, which carried trees and other debris as it gushed through narrow alleys, reducing several communities to rubble. Due to blocked roads and internet disruptions in the Eifel, a volcanic region of rolling hills and small valleys, even rescue operations were hampered.

The Meuse River in Liege, a city of 200,000 inhabitants, also spilled its banks, prompting authorities to advise residents to seek higher ground. Several dead — flood victims — were discovered in Verviers as well, but the prosecutor's office was unable to determine an exact death toll.

Many settlements were cut off by floods and landslides that made roads unusable, making the entire scope of the destruction unknown. After the floodwaters retreated, several of the dead were discovered.