First look of SATC's sequel 'And Just Like that' unveiled 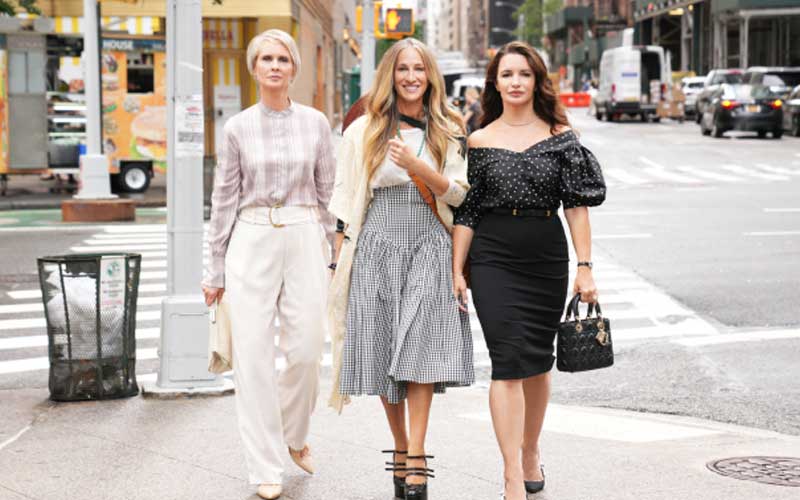 Glamour, friendship and New york, fans of sex and the city relate these terms to the show itself. Fans are excited all over the globe as the American hit dramedy Sex and the City is set to return to the screen after 17 years. "And just like that" is the upcoming 10 episode sequel to the show which will feature on HBOmax later this year.

The first look of its new chapter And just like that was released by the main actors on their social media handles. The poster shows an older Carrie Bradshaw(Sarah Jessica Parker), Miranda(Cynthia Nixon) and Charlotte(Christin Davis) walking through the streets of Manhattan in their usual chic look.

Despite the excitement, fans miss the presence of Kim Catrall as the fiesty Samantha Jones. For many, she was their favorite character. Nevertheless there would be an attempt to fill her void through new and old characters, who will return to their roles. Fans wait eagerly to see Carrie's fashionable life and experiences once again which are often inspiring, emotional and humorous.

Sex and the City was created by Darren Star based on Candace Bushnell’s book. The half-hour show ran for six seasons and 94 episodes on HBO between 1998-2004. It was followed by two feature films in 2008 and 2010. The new season is currently under production and no release date has been finalized till now.