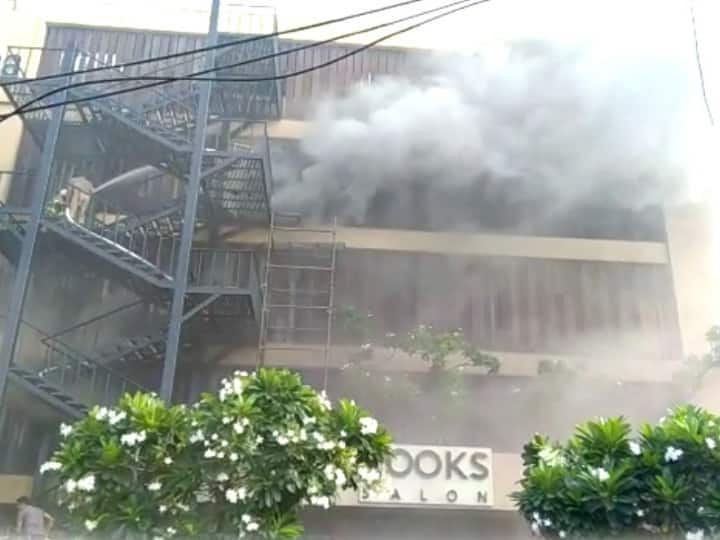 A fire broke out in the Levana Hotel in Lucknow, the capital of UP on Monday. 2 people died in this fire. Many people are trapped here, efforts are on to get them out by breaking the window. So far 18 people have been evacuated. There is news of being trapped within 15.

Many people have fainted due to the smoke filling. Some people have also been reported to have burned. 15 fire tenders are engaged in extinguishing the fire. Ambulances are also present at the spot.

Lucknow DM Surya Pal Gangwar reached the spot after the accident. He said, "The hotel has 30 rooms. 18 rooms were booked at the time of the accident. Some people had even left the hotel before the accident. Right now we had information about 30 to 35 people trapped. Most have been evacuated." The person trapped in room number 204 is being traced through mobile. Rescue operation is on."

Smoke started filling the rooms at Levana Hotel around 7.30 am. The hotel staff came to know about it at 8 o'clock. After informing the fire brigade, the staff gathered in the rescue. People present around the hotel told that many people came out by breaking the windows themselves. Many people were seen coming out with luggage in hand.