More than 600 patients under treatment in various wards of the hospital were taken out. During this, doctors were also doing patient surgery in the operation theatre. 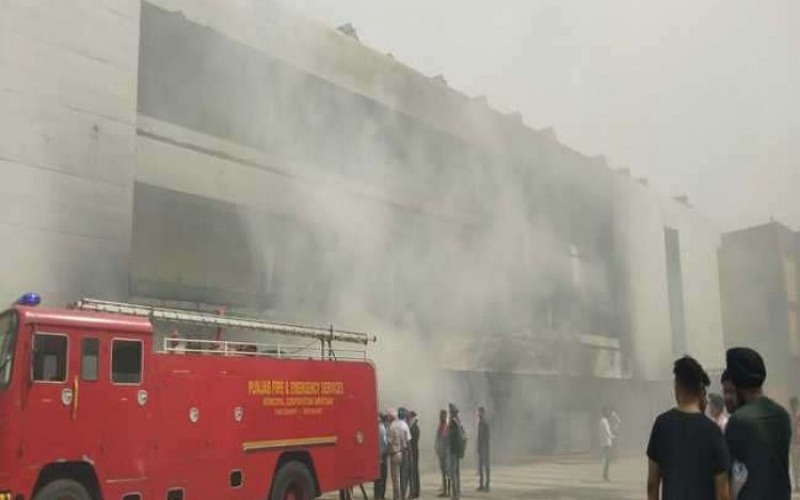 A fire broke out in Guru Nanak Dev Hospital due to a transformer explosion. These transformers were placed in the back side of the X-ray unit. The fire spread rapidly. In a hurry, more than 600 patients under treatment in various wards of the hospital were taken out. During this, doctors were also doing patient surgery in the operation theatre.

The doctor came out in the patient after the fire. The scooter of an employee was also burnt in this incident. All the patients were taken out and brought on the road. Windows were also smashed to evacuate some of the patients trapped in the hospital, as the smoke was very high.

The incident took place at Guru Nanak Dev Hospital around 2:00 pm. Being a Saturday, there were no patients in the OPD, but around 650 patients are admitted in the hospital. There are two transformers on the back side of the OPD and near the X-ray unit. They are supplying electricity to the entire hospital. In the afternoon, these transformers suddenly exploded and caught fire. The flames went very high. There is a skin ward just above the transformers. The smoke was so high that the patients of the ward had to be evacuated immediately.