Fire breaks out at Delhi's Bhagirath Palace, 12 fire tenders on the spot

The fire broke out in a plastic granule factory. The fire was so fierce that 27 vehicles of the fire brigade had reached the spot to douse the fire. There was a stir in the whole area due to the fire. 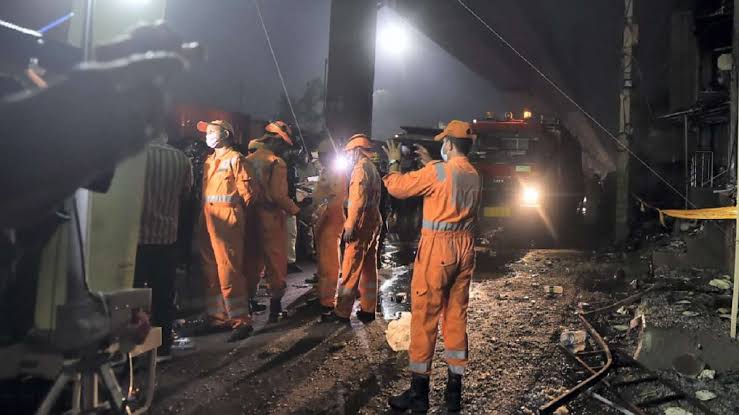 A case of fire has come to light in Delhi's Bhagirath Palace. As soon as the information was received, 12 fire tenders reached the spot. At this time the work of extinguishing the fire is going on. Bhagirath Palace is in Old Delhi. There is information about a huge fire in the electronic market here. Firefighters are trying to control the fire after the incident. It is said that this entire market is of electronic goods.

There was chaos after the incident. A cloud of smoke is being seen on the spot. It is being told that the fire has caught fast on sight. From a distance it looks like the entire area is in flames. There are narrow streets around. That's why there is a problem in reaching the fire brigade teams.