According to Karthik S, a senior police official in Hazaribag, the police filed an FIR against Amba Prasad for forcibly entering the police station on June 29 and pressuring the officials to release 8 tractors that had been confiscated as part of a crackdown against illicit sand mining. 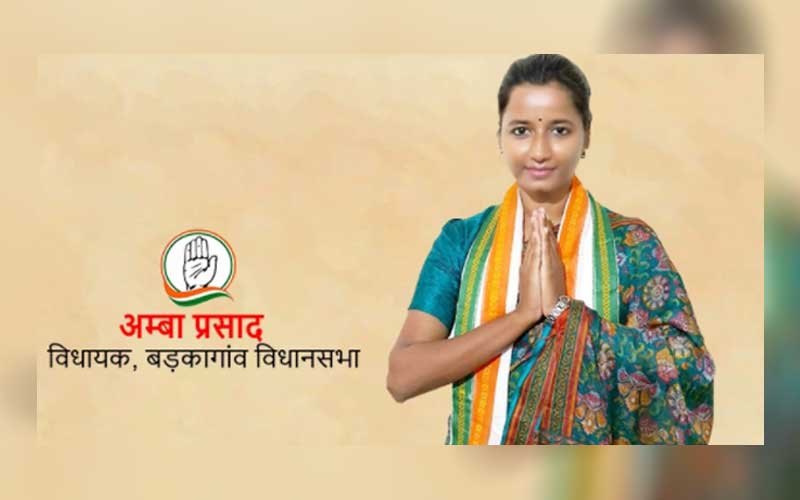 According to police officials in Hazaribag, Jharkhand, Amba Prasad, a Congress legislator from Barkagaon, has been charged with obstructing public servants from performing their duties after half a dozen tractor drivers allegedly took their vehicles away from the police station, which was seized and parked at Katkamdag police station in the presence of the legislator.

“Under Section 353 of the Indian Penal Code, an FIR has been lodged against Barakagon MLA (assault or criminal force to deter public servant from discharge of his duty). A politician also filed a complaint with us. We've taken note of that as well. Hazaribag Superintendent of Police (SP) Kartik S. remarked, "An investigation is underway."

The tractor drivers who left with the vehicle, allegedly carrying illicit sand, are said to be supporters of the legislator. After learning about the seizure, Prasad went to the police station on Tuesday, and the drivers allegedly drove away with their sand-laden tractors in his presence.

Even though two different FIRs have been lodged in the incident - one against the tractor driver and owners and the other against the legislator - seven out of eight tractors have been seized since then.

According to police, the politician has also filed a counter-charge accusing authorities of wrongdoing.

Amba Prasad is the youngest MLA in the present Jharkhand legislature and a first-time politician, She is a second-generation politician, as both her parents, Yogendra Saw and Nirmala Devi, have previously served in the constituency.

In the state, illegal sand mining is a serious problem. Several legislators, including members of the ruling Congress and the Jharkhand Mukti Morcha (JMM), have regularly raised the matter in assembly sessions.