President Sauli Niinisto and Prime Minister Sanna Marin made the said announcement at a joint press conference at Rashtrapati Bhavan. 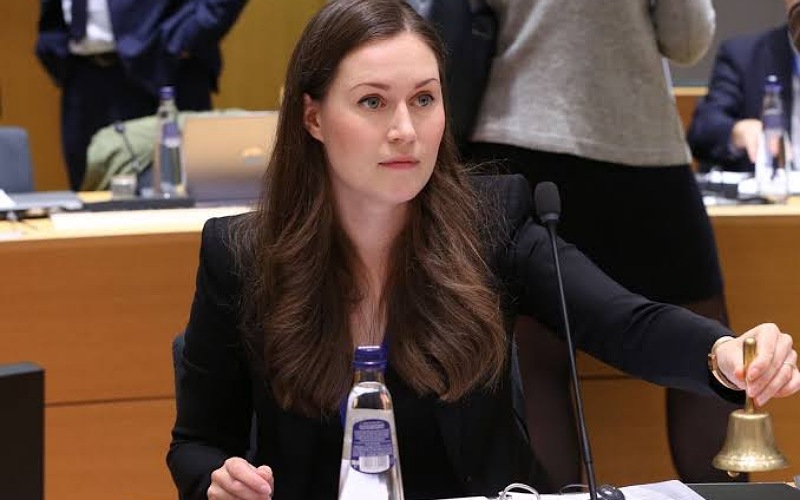 Finland's president and government announced on Sunday that the Nordic country would apply for NATO membership. Finland's announcement paves the way for the expansion of the 30-member Western Military Alliance (NATO) amid the Ukraine war.

Russia has already warned Finland about joining NATO. Russian President Vladimir Putin has asked his Finnish counterpart Niinisto not to join NATO. He says that Finland's decision to join NATO is wrong. This move of Finland will harm its bilateral relations with Russia.

NATO is confident that it can quickly accept Finland and Sweden by overcoming Turkey's objections. The NATO deputy chief said on Sunday that the coalition was preparing for a historic expansion in the Nordic region. It is known that the foreign ministers of 30 member countries of NATO are holding two-day talks in Berlin later this week.

The foreign ministers of the G7, the organization of the world's rich countries, have said that the pressure of sanctions on Russia will continue and together we will deal with the food crisis arising in the world. Be aware that Russia is the world's largest wheat producer and sanctions imposed on it may deprive many countries of Russian wheat. In the meeting of foreign ministers held in Weisenhaus city of Germany, it was resolved to maintain the supply of arms to Ukraine as needed.