Union Minister for Finance & Corporate Affairs Nirmala Sitharaman chaired the pre-budget consultations with the Finance Ministers of States and Union Territories (with Legislature). 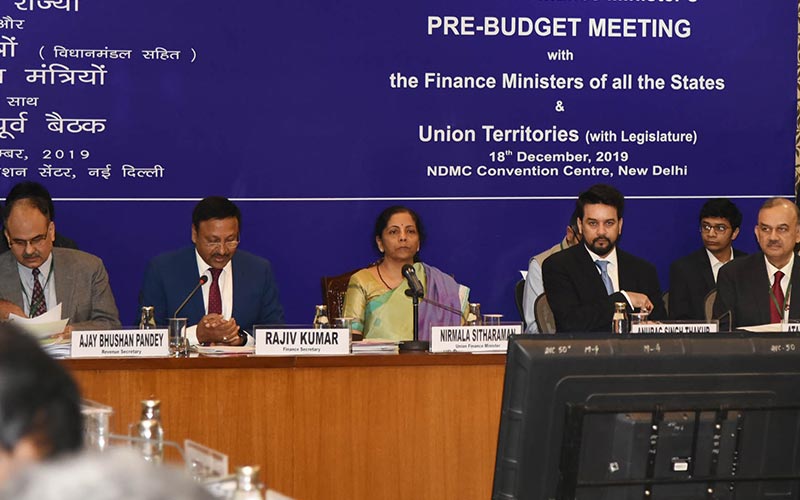 Though Budget day is almost two months away from now yet the preparations are underway at all levels in the central as well as state level.

Keeping that in mind, Union Minister for Finance & Corporate Affairs Nirmala Sitharaman chaired the pre-budget consultations with the Finance Ministers of States and Union Territories (with Legislature).

The purpose of this meeting was to discuss various aspects of the Union Budget 2022-23.

According to the Ministry of Finance, “The Union Finance Secretary welcomed all the participants to the deliberation and informed the importance of this particular consultation meeting.” “Most of the participants thanked the Union Finance Minister for financially supporting their States/Union Territories during the worst months of the pandemic, by enhancing borrowing limits, providing back to back loans to States, and through Special assistance for capital expenditure,” it added.

All those officials who were part of the meeting provided numerous suggestions to the Union Finance Minister for inclusion in the Budget Speech.

“The Finance Minister thanked the participants for their inputs and suggestions towards Union Budget 2022-23 and assured to examine each of the proposals,” the Ministry said in its release.