Fight in the steel factory : Russian military officers being killed

Ukraine's military has claimed that it took back several areas of the south that had been occupied by Russia on Thursday. The snatched areas belong to Kherson and Mikolayev. 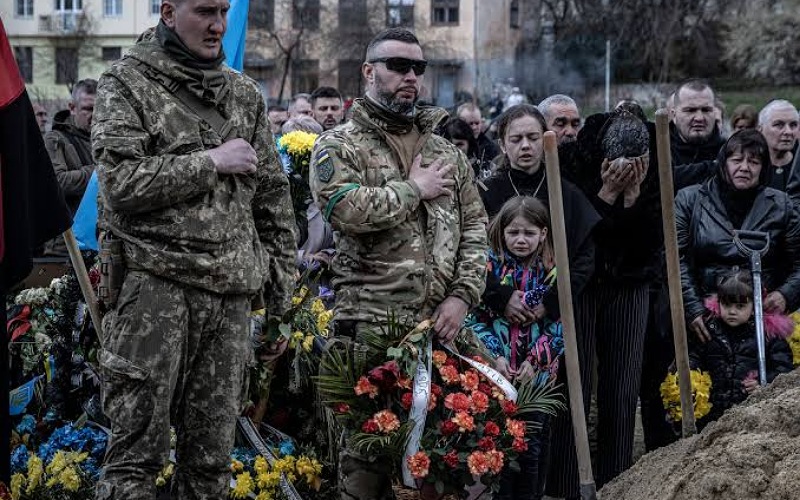 The Russian military claimed to have killed a total of 600 Ukrainian soldiers and fighters at various locations in the past 24 hours. According to the Russian Defense Ministry, during this missile strike destroyed the Kanatovo airstrip built in central Ukraine and the equipment installed there. Russian missiles also destroyed an arsenal in the southern Ukrainian city of Mikolev. There were indications of foreign weapons in this arsenal.

Ukraine's military has claimed that it took back several areas of the south that had been occupied by Russia on Thursday. The snatched areas belong to Kherson and Mikolayev. With this, 11 attacks by Russian forces in Donbass in eastern Ukraine were foiled. Five civilians have been killed and 25 injured in Russian attacks in the Donbass. Many homes and schools have been damaged in these attacks.

One-on-one fighting continues inside the Ajovstal steel factory in Maripol. Russian soldiers entered the factory premises late Wednesday evening. There they are fighting with Ukrainian soldiers and fighters hiding in the tunnels. While the Russian army denied the attack on the steel factory. The Russian military has said that President Putin's instructions not to attack the factory are being fully complied with. A rail installation in Dnipro was attacked on Wednesday night.