Fifth batch of Rafale fighter jets has arrived in India

The number of aircraft that landed in India was not disclosed by the IAF, but sources familiar with the situation said that four jets were part of the new batch. 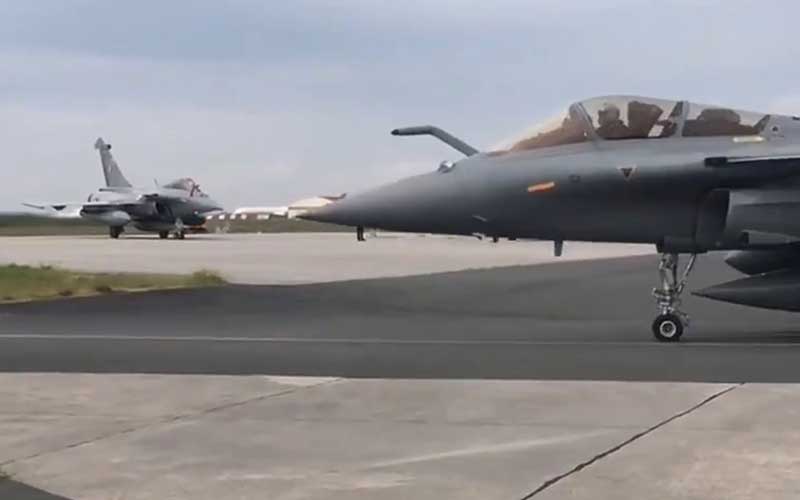 On Wednesday, the fifth batch of Rafale fighter jets arrived in India from a French military airbase. During his five-day official visit to France, Chief of Air Staff Air Chief Marshal RKS Bhadauria flagged off the jets from Merignac Air Base.

"The 5th batch of Rafales arrived in India on April 21 after a direct ferry from #MerignacAirBase, France. The fighters flew nearly 8,000 kilometres with air-to-air refuelling support from the @Armee de lair (French Air Force) and the UAE Air Force. The IAF expresses its gratitude to both Air Forces for their cooperation "The Indian Air Force (IAF) posted a video of Rafale jets landing in India on Twitter today.

However, the number of aircraft flagged off by the IAF Chief was not stated by the Indian embassy or the Indian Air Force.

"On an official visit to France, Air Chief Mshl RKS Bhadauria praises pilots and sees off the next batch of Rafales on a non-stop flight to India with mid-air refuelling by the French Air Force and the UAE. Thanks to France, especially the FASF and French industry, for timely delivery and on-time pilot training despite COVID,” the Indian embassy in France issued a statement on Twitter.

After a direct ferry from #MerignacAirBase, France, the 5th batch of Rafales arrived in India on 21 Apr. The fighters flew a distance of almost 8,000Kms with air-to-air refuelling support by @Armee_de_lair and UAE AF. IAF thanks both the Air Forces for their co-operation. pic.twitter.com/jp81vODCp2

The IAF Chief stated that some Rafale aircraft were delivered "a little bit" ahead of schedule, enhancing the Air Force's overall combat capability.

"The third batch of our pilots and all of our repair staff will be leaving on this ferry, which is the fifth from here. The Rafale training centre has provided world-class training, and we were able to quickly operationalize the aircraft as a result of the level and standard of training" he stated, according to the news agency.

The IAF will be able to lift the second squadron of Rafale jets until the latest batch of aircraft arrives. The new squadron will be stationed in West Bengal's Hasimara air-base. The first Rafale squadron is based at Ambala Air Force Station. A squadron consists of about 18 aircraft.