FedEx facility mass shooting: Four Sikhs among 8 killed in US

On early Friday morning, a mass shooting at a FedEx facility in the US state of Indiana killed at least eight people, including four Sikhs, and injured five others. Whereas, the shooter, 19-year-old Brandon Scott Hole of Indiana, committed suicide after the shooting, taking the total to nine. 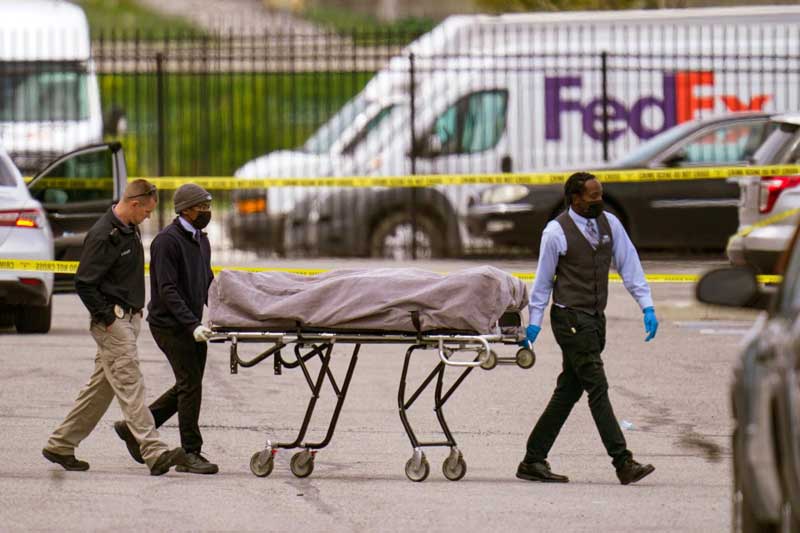 A mass shooting at a FedEx facility in the US state of Indiana on early Friday morning killed at least eight people, including four Sikhs, and wounded five others.

“In this senseless act of terror, we have lost eight team members. Our hearts go out to the families of those team members,” said FedEx Chairman and CEO Frederick W. Smith.

The gunman, 19-year-old Brandon Scott Hole of Indiana, committed suicide after the shooting, bringing the death toll to nine. He was a former employee who was put in psychiatric custody last year after his mother expressed fear that he would commit "suicide by cop," according to police and the FBI.

As per records, roughly 90% of the employees at the distribution service facility are Indian-Americans, the majority of whom are members of the local Sikh community.

According to a local Sikh leader who said he had been briefed by the victims' relatives, four members of the Sikh religious group - three women and a male - were among the dead in Thursday night's gun rampage.

Officials from law enforcement said they had not yet decided if the killings were motivated by racial or ethnic hate. However, a Sikh civil rights advocacy organisation has called for an investigation into any alleged hate bias in the crime.

The shooting occurred after 11 p.m. local time at a FedEx (FDX.N) operations centre near Indianapolis International Airport, according to police. It was the latest in a string of at least seven deadly mass shootings in the United States during the past month.

“We are heartbroken by the recent killing in Indianapolis. It's concerning to see an increase in abuse and hatred directed at Asian Americans. We request that the Biden administration assist the victims, according to Dr Rajwant Singh, chairman of the Sikh Council on Religion and Education, as stated by ANI.

"It is extremely saddening. This tragic incident has devastated the Sikh community" Gurinder Singh Khalsa, a community leader, spoke to PTI over the phone after meeting with family members of FedEx employees.

US President Joe Biden and Vice President Kamala Harris both shared their sorrow over the terrible tragedies. "Our homeland security staff briefed Vice President Harris and me on the mass shooting at a FedEx facility in Indianapolis, Indiana, where a lone gunman murdered eight people and injured dozens others in the dark of night," Biden stated in a statement.

S Jaishankar, India's External Affairs Minister, voiced concern at the incident and stated that India would provide all possible assistance.

"The shooting at the FedEx plant in Indianapolis stunned everyone. Among the victims are members of the Indian American Sikh community. Our Consulate General in Chicago is in contact with the Mayor and other elected officials in Indianapolis, as well as community leaders. I will do everything I can to help" said Jaishankar.