40 farmers' unions that have come together under an umbrella organization – Sanyukta Kisan Morcha (SKM) have been holding a tractor rally at various places in the bordering areas of Delhi. 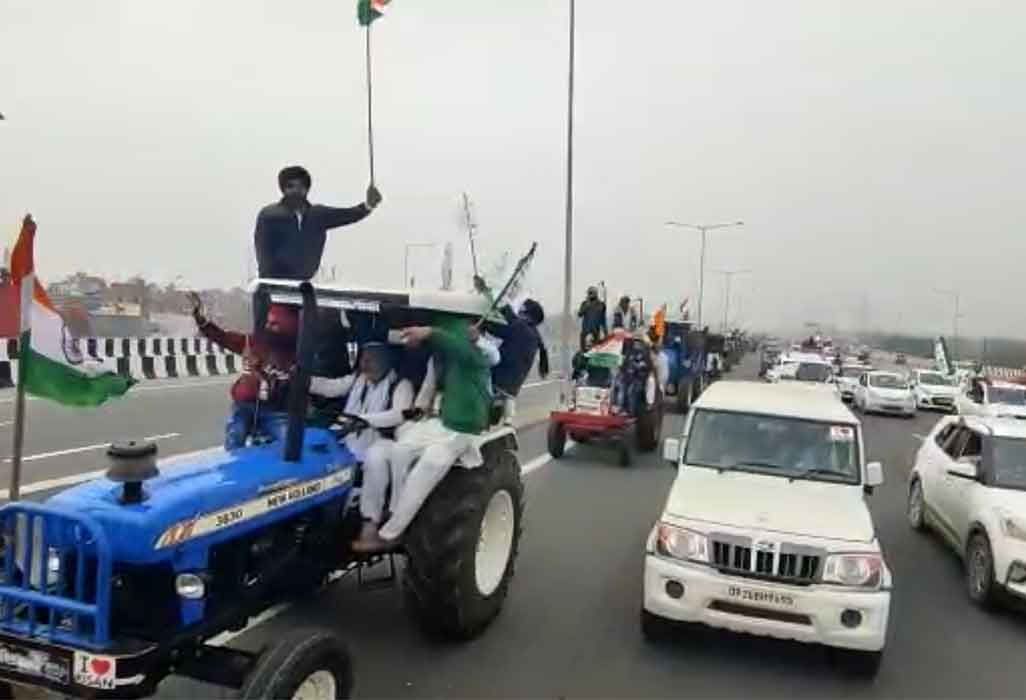 40 farmers' unions that have come together under an umbrella organization – Sanyukta Kisan Morcha (SKM) have been holding a tractor rally at various places in the bordering areas of Delhi.

The rally is a rehearsal for Republic Day as they have planned to take out a similar rally on January 26 to press their demand for the withdrawal of the three farm laws.

The farmers have made four teams and each team has led a rally from four different locations. They will come back from the same route.

These routes are from the Singhu border to the Tikri border, from Tikri to Kundli, from Ghazipur to Palwal, and from Rewasan to Palwal.

The concerned traffic departments have already suggested traffic diversion to avoid inconvenience to people. Heavy security arrangements have been made at both eastern and western peripheral expressways.

On Monday, January 4, the seventh rounds of talks between the government and farmers’ representatives didn’t resolve the deadlock as both the parties remained stuck to their previous stands.

However, they have agreed to meet once again on January 8 at 2 pm for another round of talks.

Farmers' leaders have said that they will intensify their protest if the government will not roll back the three laws as they cater to the interest of the corporates.

Farmers have been protesting for over 40 days again the farm laws however the government hasn’t shown any sign of withdrawal from its earlier position.

The biting cold and rains have put a lot of hardship for the protesting farmers but they look determined for their causes.