Farmers hold a hunger strike to protest against the farm laws

To intensify their demands for the withdrawal of three farm laws and assurance for Minimum Support Price (MSP), the farmers’ leaders from across the country have gone on a day-long fast at various locations in the country. 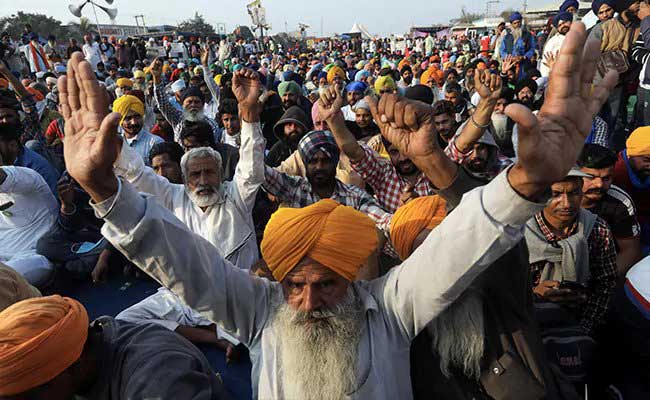 To intensify their demands for the withdrawal of three farm laws and assurance for Minimum Support Price (MSP), the farmers’ leaders from across the country have gone on a day-long fast at various locations in the country.

Earlier, they had organised Bharat Bandh and blocked the Delhi-Jaipur and other highways to press their demands.

The two sides – the Centre and the farmers – haven’t arrived at any conciliation despite several rounds of talks.

While farmers say that they will not accept anything less than the withdrawal of three farms laws, the government is not ready for that.

Meanwhile, Delhi Chief Minister Arvind Kejriwal, who is in support of the farmers' protest, has announced his participation in the day-long fast.

In a statement, released on Monday, CM Kejriwal asked all the members of the Aam Aadmi Party to show solidarity with the farmers and observe a day-long fast.

He asked his party workers to support the farmers from their homes by observing a fast as it is not possible for everyone to reach the protesting sites.

Farmers have gathered in a large number at the bordering areas of Delhi and have camped there for several days.

Expressing their concerns, farmers’ leaders have made it clear that they would not leave till the time government takes a final call to withdraw the three laws.