Delhi CM Kejriwal is lucky that he got a chance to serve farmers as they sat on Delhi's borders. We too would always support our farmer brothers & sisters. We cannot bring back those who have died but we are with you in this pain, he said. 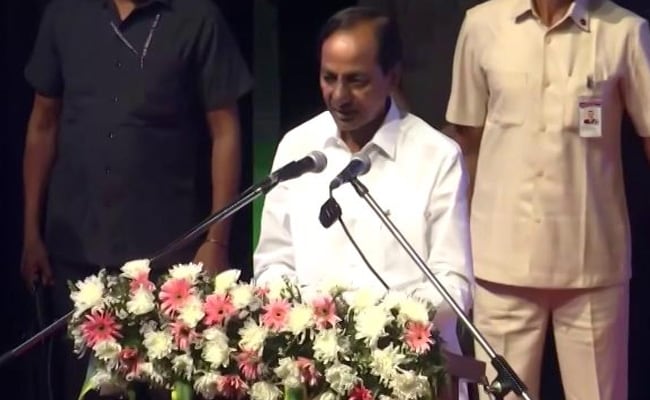 Telangana Chief Minister K Chandrashekhar Rao is in Punjab to pay tribute to the soldiers martyred in the Galwan Valley and farmers who lost their lives during the farmers' agitation last year. In Punjab, he appealed to the farmer leaders to continue their agitation against the Center till they get a constitutional guarantee on the support price of crops. "Farmers can change governments," he said. Calling for a united nationwide agitation, he said he would join and support other opposition parties like the Aam Aadmi Party.

Prominent farmer leader Rakesh Tikait was also present there. Rakesh Tikait was one of the leaders of the movement against the controversial agricultural laws last year. KCI also took his name at the beginning of his speech. He has repeatedly attacked the Center over farmers' issues, including rising fertilizer prices, "faulty" minimum support prices (MSPs), and fuel costs.

He said, 'After the formation of Telangana, the problem of electricity got resolved. We provide 24 hours high-quality electricity free of cost. Taking a dig at the Centre, he claimed that they pressurize the Telangana government to install electricity meters and not provide electricity for free. He said, "They ask us to withdraw money, suck the blood of farmers. I refused to say that he would rather die than install the meter."