Farah Khan On Never Choreographing Govinda: 'I Didn’t Feel I Was Worthy'

Farah Khan has revealed the reason for never choreographing Govinda. She also revealed who came up with steps for Shah Rukh Khan’s Om Shanti Om song. 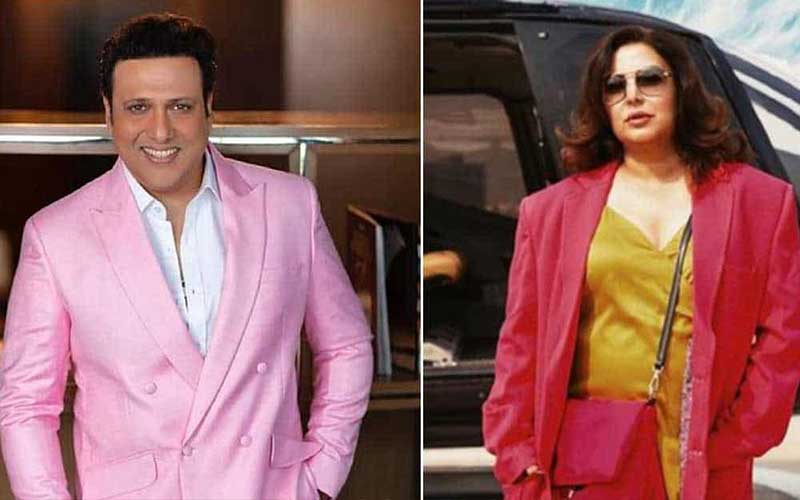 Farah Khan has made many big stars dance to her amazing choreography. From Shah Rukh Khan to Deepika Padukone, every male and female superstar danced to her steps and given hit numbers. But one actor for whom she has never choreographed a song is Govinda. Surprising, isn't it? Especially when both are incredibly talented dancers.

Recently, the director-choreographer revealed the reason why she never choreographed Govinda, aka ChiChi, yet. On Zee Comedy Show's Laughing Buddha, Khan said she felt she wasn't worthy of choreographing Govinda.

Farah Khan said, "Today, my life feels complete. After 30 years, I’ve danced with Govinda, and I want to tell you all a secret today. Govinda is my childhood friend, but I’ve never choreographed him to date even though I’ve got many offers to do it. It wasn’t that I didn’t want to work with him, but for me, ChiChi is the best dancer ever in the Hindi film industry, so I didn’t feel I was worthy or capable of choreographing him. His jodi with Ganesh Acharya was so good that I felt if I choreographed him, it will be proven that I am not good enough to choreograph him."

Even in Om Shanti Om, when Govinda appeared as one of the celebrities for the title track, she didn't choreograph the steps for his scene. Khan revealed that when ChiChi came to shoot Om Shanti Om’s Deewangi Deewangi song, she didn’t have the courage to choreograph him. Khan shared, "Hence, I told Govinda to choreograph Shah Rukh Khan for his portion, telling them that we’ll keep those steps. They did the Bade Miyan Chote Miyan in the end and it came out so well. So, whenever we dance, Govinda will have to choreograph me, like how he did today."

Well, it's never too late. We hope Farah and Govinda work together soon.