Noida police arrested YouTuber Gaurav Taneja for hosting a birthday party at Noida metro station. After that, it started trending on Twitter. 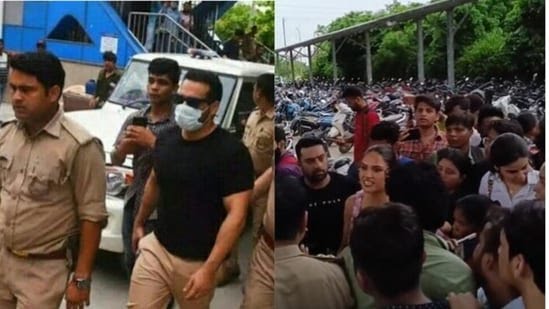 The Section 144 violation imposed in Uttar Pradesh's Noida was a blow to YouTuber Gaurav Taneja, also known as the flying beast as he is titled on his YouTube channel. He is arrested by the Sector 49 Police Station and accused of causing chaos in the city. Gaurav Taneja gathered a crowd of his fans and supporters under the metro station to celebrate his birthday, causing the traffic situation to collapse. People were stuck in traffic.

According to a police officer, Taneja reserved a Metro car for the birthday party. The Noida Metro Rail Corporation permits the reservation of up to four coaches on a train for such events.

Gaurav Taneja aka flying beast was arrested and criminal charges were filed under Sections 341 (Penalty for Improper Restraint) and 188 (Failure by an Officer to Comply with a Duly Issued Order) of the IPC. He was later released. Article 144 of the CrPC is in force in Noida and the meeting violated it, the official added.