The video shared also includes some pictures of Alex with friends while in a hospital gown, TechnoBlade has finally given fans a glimpse of his face. 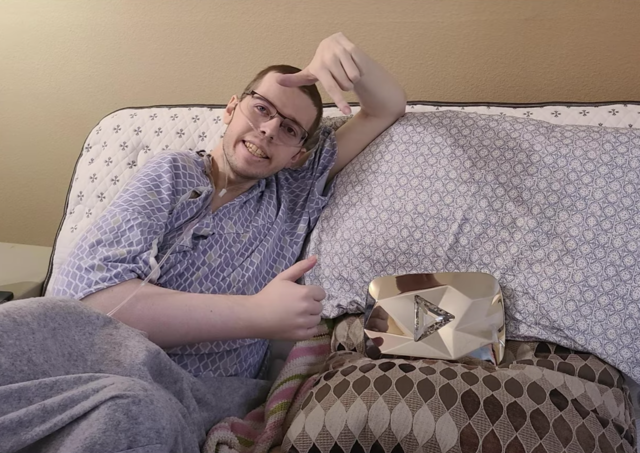 A popular American gamer and YouTuber, best known for his YouTube channel "Technoblade" and 11 million followers on it, has died of cancer at the age of 23. His family informed about this on Thursday night. His father shared a video titled "So Long Nerds" sitting on a chair, telling fans about his son's death. He is giving a message which was prepared by his son before he died.

He said “Hello everyone, TechnoBlade is here. If you're looking at this, I'm dead. So let's sit down and have one last conversation." “My real name is Alex, the message continues, revealing only his first name after several years of anonymity, where users think his name may be Dave. His video was viewed millions of times but he didn't show his face. Instead, he always used the avatar of a pig wearing a crown – and his voice is well known to many.

In a post-death message, he also thanked fans for buying his merchandise and subscriptions. Also at the end of the message he said "I love you guys, Technoblade out." His fans have seen this video more than 18 million times till Friday morning. Although this video has made everyone's mind sad. Significantly, before his death, Alex mastered the strength to write this last farewell message on the laptop, while remembering it, his father is seen in tears. While people around the world have paid tribute to him through Twitter.