Family Members of anand giri says he can't kill someone

Anand Giri's eldest brother told that " No family member of ours can be involved in someone's killing. 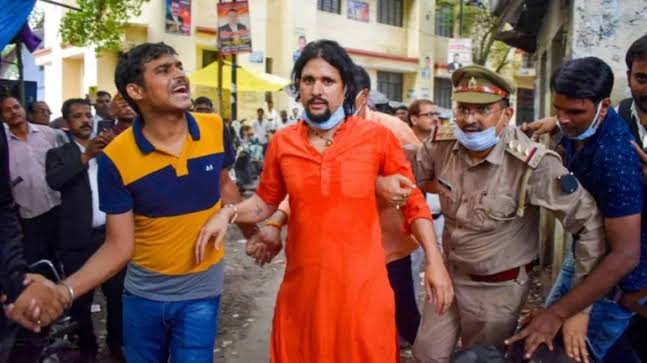 Anand Giri , the main accuse of the death of Seer Mahant Narendra giri, spent his childhood years in Rajasthan Bhilwada district.He left home in Bhilwada at the age of 13. His family says that Anand is not a person who could be involved in killing someone.

Anand Giri's eldest brother told that " No family member of ours can be involved in someone's killing.

Bhanwar is the eldest among 4 brothers and sells ice cream. He said that after leaving home at the age of 13 Anand Giri had returned with his guru Mahant Narendra Giri in 2013 when he was 26 years old . Anant told them that he has opted for a different world .

Anand Giri's father stated that "We had heard about the allegations that were levelled against Anand Giri but are not ready to believe them. He never gave us any money or generated wealth. You can look around in our home. We have not attained any wealth of the kind that is being spoken about. Our home is what it used to be. He is not the kind of person who would be involved in killing someone.”.

Bhanwar told that Anand Giri was extremely close to his mother. He had returned home earlier this year in the month of May when she passed away and sat next to her body for hours together.