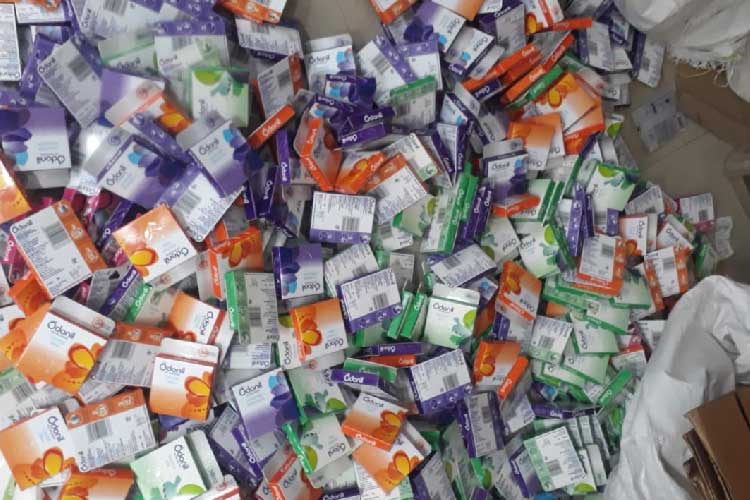 Counterfeit Odonil products seized after a raid in Navi Mumbai

Many companies spend heavily in creation of a strong product. Such strong products, when further supported by intensive marketing strategies and robust image building exercises, soon become popular. They find favour by consumers when on the market shelves. Sometimes, such brands become synonymous with even the product line. One such Indian brand which has achieved iconic proportions is Odonil.

However, if the quality of such brands gets compromised – the brand owners suffer drastic reduction in their sales. Even the acceptance of other products manufactured by these companies’ declines. One of the quickest ways to dent the brand name is to inundate the market with counterfeits. Fake or counterfeit products are usually of low quality and this ultimately hits the manufacturer dearly.

SM Hussain IPR Protection Agency has taken up the cudgels of reducing counterfeit manufacturing and sales in India, by being instrumental in conducting raids on such ‘fake’ factories. The management of this Agency feels that the menace of counterfeits not only hits the sale of established brands, but also their image and perception. However, the one who pays most dearly are the consumers.

In one such raid conducted by SM Hussain IPR Protection Agency alongwith a team from Turbhe MIDC Police Station of Maharashtra Police a factory which was manufacturing fake Odonil products was ‘discovered’. 10,411 pieces of counterfeit Odonil products, worth lakhs of rupees, were also seized from the premises. The illegal factory was situated in Shop No 39 at Pavne MIDC, Navi Mumbai.

Syed Mashkur Hussain, an IPR Lawyer and Director of SM Hussain IPR Protection Agency says, “We received news that huge amounts of Odonil was being released in localities near Navi Mumbai which did not correspond to the supply made by Dabur. These products were also of inferior quality. We conducted thorough market surveillance around the area.”

“We are a professional agency which has been in the trade of identifying counterfeits, conducting vigilance and helping in raids across India on such ‘fake manufacturing units’ which produce and sell counterfeits. We have helped various brands in reducing fakes from the market and helping restore brand trustworthiness,” added Hussain.